Yesterday, we published an article in which we had comments from POTRAZ Deputy Director General, Alfred Marisa, on the legality of the recently launched Zimfon VoIP service. Legality in terms of meeting Zimbabwe’s telecoms regulation requirements. He essentially said Zimfon is not compliance with regulatory requirements. Below is Zimfon’s response on the matter. Sent to us by Brett Chulu. 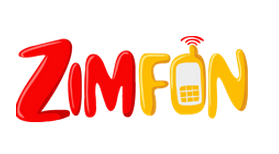 POTRAZ have not formally communicated to us about non-compliance of the Zimfon service. Zimfon, through its emissaries has been engaging Potraz before the launch of the product.  The crux of the matter is that if Guroo is compliant then Zimfon is. Both use similar models with slight nuanced differences. The question would be: Should innovations coming from Zimbabweans to compete in the global space be disparaged when cross-platform applications from other countries are embraced in this country without people casting aspersions on the legality of genuine home-grown products. If the South African government had not accommodated innovations such as EcoCash to operate in South Africa, would we be applauding Econet for helping Zimbabweans in South Africa to start sending money to Zimbabwe via EcoCash in South Africa?

There are three reasons why Zimfon is compliant with international best practice and standards.

First, the use of caller IDs or phone numbers of people residing in other countries is not unique to Zimfon. WhatsApp’s value proposition would be significantly less appealing if it did not use the caller IDs of its global customers. Simply put, there would be no WhatsApp. WhatsApp simply asks new subscribers to supply their caller ID (phone number). WhatsApp does not seek permission from the mobile network operator (MNO) to use the phone numbers of its customers. The question then is: Is WhatsApp doing something illegal? If what WhatsApp is doing is legal, then what Zimfon is doing should also be legal. WhatsApp delivers text, sound and images via the internet. Zimfon is dedicated to delivering voice over the internet. WhatsApp is based in the US and so is Zimfon. Zimfon is incorporated in the State of Delaware. It is run from Eddystone in Pennsylvania. WhatsApp should be treated no better than Zimfon. Zimfon is company founded and run by Zimbabweans living in the US. Zimfon, like WhatsApp, is a young company that has found a gap in the global market and is applying its entrepreneurial skills to address pain points of Zimbabweans in the Diaspora just like what WhatsApp has done. The same argument applies to Guroo.

Third, Zimfon does a better job in complying with best practice in the Know Your Customer (KYC) domain than many voice- over- internet- protocol (VoIP) service providers. With our 2 cents per hour ‘no brainer’ unlimited calling from the Diaspora to Zimbabwe, our strategic partner in Zimbabwe conducts the registration of users in Zimbabwe in line with Potraz guidelines. Those in the diaspora register online with us before they can use any of our services. Adequate information that allows Zimfon to ‘know its customers’ is collected upon registration. Zimfon knows its customers. Zimfon adheres to international best practice in terms of privacy laws. Zimfon is led by highly experienced directors who have worked for leading international telecoms companies. These are sufficiently experienced to guide Zimfon’s management.  At our well-attended launch of Zimfon’s ‘no brainer’ 2 cents per hour call-home service in which several local media houses ( including the top two) came, Zimfon  issued media packs that include details of Zimfon’s senior directors. One of Zimfon’s directors was instrumental in the creation of Diaspora business and social networking fora. Esau Jabulani Mavindidze, a director of Zimfon sits on the board of directors of ZimExpo, an Event Management company based in the USA. He is a founding member and Managing Director for the Zimbabwe Business Network International (ZBNI), a member affiliated network organisation for entrepreneurial individuals and entities. He also sits on the board of the Zimbabwe Network for Health (ZimHealthUSA), a non-profit organisation which supports health services and programs in Zimbabwe. Esau has been involved in many Diaspora based initiatives, including the recently formed Zimbabwe Diaspora Home Interface Program (ZIDHIP). Esau is also a founding member of the Pan African Community of Central New York (PACCNY), the Association of Zimbabweans in the Delaware Valley (AZDV), and ZimSports USA.

Another Director Tonderai Tela, with over 30 years’ experience in the international telecoms industry, Tonderai Tela, worked as a Business Analyst, Market Analyst, and Senior Data Analyst at Intelsat Global Communication Company in Washington DC from 2000 to 2005. During this term, he managed the global corporation’s information resources, data analysis and administered the Intelsat Business Network. He also helped develop and implement the Siebel based Customer Relationship Manager (CRM) tools for Customer, Sales, Contract, and Business information management and retrieval system.

Before moving to the USA, Tela worked with the then Zimbabwe Post and Telecommunications Corporation (ZPTC), where he helped design and develop information systems for the Expedited Mail Service (EMS), Mobile and ZPTC interconnect management and billing software, among others. He was one of the initial members of POSB computerisation team and administrator of several telecommunications database projects.

Zimfon should be applauded for rising to the call by our country’s national leaders for Zimbabweans in the Diaspora to make meaningful contribution to economic and social development. Zimfon has responded to that call through its voice-call innovation and its corporate social responsibility initiatives launched on Monday 14 October at the Rainbow Towers in Harare. Zimfon has amply demonstrated that empowerment of Zimbabweans in a foreign country is possible. Zimfon is contributing immensely in projecting a favourable image of Zimbabwe by using skill and knowledge to churn out innovations that is attracting the attention of people throughout the world.