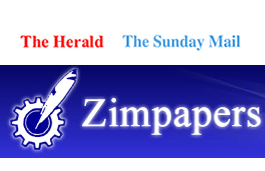 Zimpapers, the government owned media house, which is also the largest media firm locally, announced some changes to their senior editorial team and structure. The move, according to the company, is so it “consolidate its status as an integrated media house”.

A notable change with the restructuring is the appointment of NewZimbabwe.com founder and editor, Mduduzi Mathuthu, as editor of the Matebeleland region daily, The Chronicle. Mduduzi founded the UK based NewZimbabwe as an alternative news source at a time when local media companies didn’t have much online presence. NewZimbabwe built its platform and brand into the goto online news source for scores of Zimbabweans in the diaspora as well as those back home.

Another major change, and the point of the this article, is the now deliberate Digital Media section of the media house, which is going to include new digital-only properties like the recently launched BH24 email news service, and something we are only learning of now called Sport24. Digital Media is headed by former Herald editor, Innocent Gore.

There’s also an indication Zimpapers is getting into online video content with the mention of a what they are calling a “digital television platforms” headed by Sunday Mail deputy editor Nomsa Nkala.

The following few weeks and months will show exactly what the company plans to do with its digital presence and how this will position it against competing media houses, both print and those purely online based like NewZimbabwe, NehandaRadio, Zimeye and others.

Zimpapers publishes a number of titles, amoung them weekly newspapers: Sunday Mail (the largest locally), Sunday News and Kwayedza; and dailies: Herald, Chronicle, H-Metro, and B-Metro. All the papers have internet versions but so far, the internet versions have mostly the same stories word for word carried in the print versions. Zimpapers also have a SMS news service launched last year in April.

Another relatively large media house locally, Alpha Media Holdings, announced earlier this year a digital first strategy that has seen it provide deliberate attention to building a large digital audience for its content both on social media networks and its news websites.

Of all the traditional media houses locally, The Financial Gazette has been the least responsive to technology changes that have seen consumers move more and more to the internet for news and other content. Even indications by the Zimbabwe All Media Products Survey (ZAMPS) are that readership of the print media has been in constant decline in recent years.