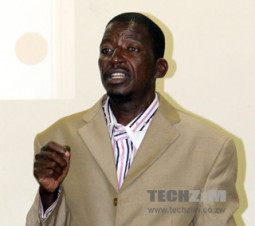 Yesterday we attended an ICT for agriculture conference held here in Harare. At the conference, organisations in the sector – Esoko type startups, private companies like Econet (who by the way are doing an Esoko too. A much bigger one), government people from Agritex, and NGOs of course – where sharing their experiences in using technology especially for market linkages for farmers, but to introduce other information efficiencies as well.

Of the presentations made by private companies we were mostly fascinated by one startup called eMkambo. The concept of the idea is very much like the popular Esoko. That is have farmers in a database and push SMS messages to them to inform them of market prices at produce markets like Mbare Musika in Harare, polling of farmers, customised tips for farmers and other such. Mkambo itself is Ndebele for “market”, so eMarket.

What is interesting about eMkambo is that they chose not to stick to the script for the sake of it. The company received its initial funding from NGOs (Hivos and SNV) but is working on its monetisation model so they become profitable and do away with the need for aid.

Presenting at the conference, Clever Mukove who represented the organisation said they had done the following to make the eMkambo concept sustainable:

The greatest opportunity we saw for eMkambo is that their way of execution means they have a chance freeing themselves of donor dependency or the dependency on NGOs as customers. This was indeed a concern that was expressed at the conference by participants; that even the private companies there were looking at NGOS as their major customers and not the farmers and traders, whose needs they are supposed to meet enough that they see value in paying for the product.