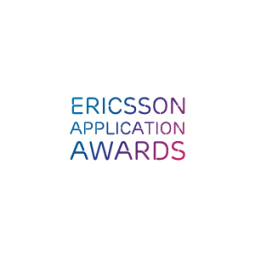 Ericsson, the global telecoms giant, has announced that the 2014 Application Award for the best Android and iOS have now commenced and is calling on developers to apply for the contest. The global award competition has been running for the past four years and the 2014 edition is expected to attract more participants.
Here are the key things to note for the 2014 awards

• Developers, startups and anyone who has an idea for a great app, here is your opportunity
• The theme for 2014 is Apps for Working Life, and there will be a global competition and several regional competitions
• First prize is EUR 25,000, second prize is EUR 10,000, and special recognition for innovation supporting Technology for Good. Third to 10th prize diplomas and honorary mentions
• Students and small- and medium-sized enterprises from anywhere in the world are invited to submit Android and iOS apps
• There will be two categories for this contest – one for students, and one for small- and medium-sized enterprises with fewer than 100 employees
• The theme of the 2014 competition is Apps for Working Life, in support of Ericsson’s vision of a Networked Society in which – through a combination of mobility, broadband, the cloud, applications and services – anything and everything is connected.

The Ericsson 2013 awards attracted 192 contestants from across the globe representing a significant growth from 142 contestants in 2012. The winner of the student category in 2013 was Portugal’s GreenSpark, which offered a solution based on energy efficiency with a truly global reach. The UK’s TboxApps was the winner in the company category.