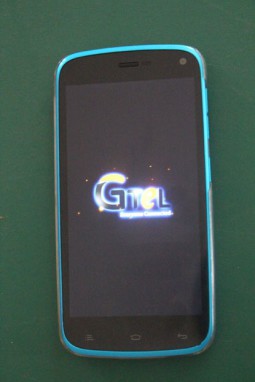 Last week, a day after I wrote something on another G-tel smartphone, I got my hands on the recently launched G-tel flagship smartphone, the Explorer A717. I am not particularly a fan of G-tel but this Explorer A717 may have changed my perception a bit.

The device, a Samsung Galaxy S3 look-alike, is a real stunner in looks. I got the cyan colored version which I must say is pleasant to look at. It has a slim and trim design giving it almost border-less edges and also putting it amongst the most weightless phones I used in recent months. Full marks on appearance! I really think G-tel went all out in this area.

Critics would obviously ride on G-tel’s own admission that the Explorer looks just like the Samsung Galaxy S3. But then again, who is not copying someone else these days. For example, Apple and Samsung are always at it and the practice is widespread in the auto industry. This is by no means a justification for copying, but a mere observation that it’s happening.

The Explorer A717 has a gem of a screen. It’s a 4.7” IPS retina display with Full HD which is also found on the LG Optimus L9 and Hauwei Honor all released in late 2012. This time around G-tel did not enclose app icons with funny borders or shapes making the screen cleaner and easy on the eye.

The 8.0MP Camera is probably just as good as it gets for a $395 smartphone. Day picture quality is not “Sony Experia Z something to write home about”. It’s certainly not the best around, but decent enough to capture great quality photographs. I particularly had trouble at night were most of my night photos have a curved light beam probably caused by the LED flash. I will give it the benefit of doubt and admit that maybe I am not so good in photography.

I am particularly impressed with the 1800mAh battery on the G-tel Explorer. Although, I can’t say I really put it to test (never played games, used only three or four apps and I only had one SIM card running), the battery runs for more than 16 hours at optimal use. Maybe 18 hours.

I would rather not go into the more technical aspects of the phone but for the three days I used it, I experienced just one or two application crushes but not the kind that warrants an SOS. However, for a phone that is being touted as “flagship”, it still has storage (4GB) that probably is entry level with today’s standards.

The Explorer A717 is a decent phone but nothing ground breaking about it. G-tel has taken a huge step forward but not big enough to class this device with the Samsung Galaxy S3. In-fact, I googled the Explorer’s specs and found the JIAYU G4 Advanced Smart Phone (first time I have heard of this one), with pretty much the same specs but retails online at $285.

The G-tel Explorer is just under $400 – a premium which I believe its performance so far, may just have justified.

22 thoughts on “Revealed: Everything you need to know about the new G-tel Explorer A717”