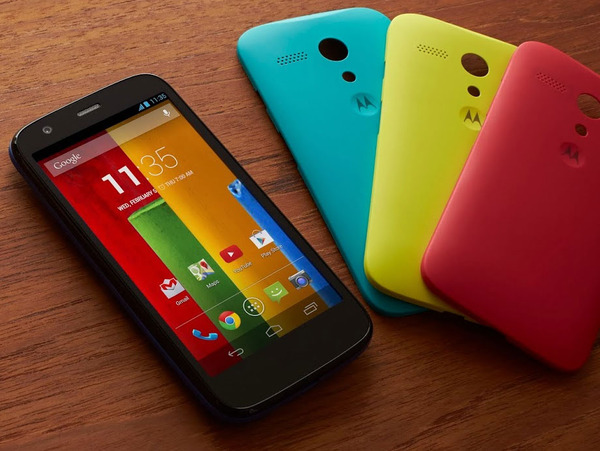 When it comes to the Android market there are two worlds: the give me your hand and foot Galaxy world with Samsung as the mascot where you are charged a fortune to get a phone or device that has decent to awesome features; and the the low priced bottom of the barrel stuff that is typically hurled from China. Well the good news is that the Motorola G is on a mission to change that.

It seems you only have two choices either you buy a cheap phone with no brand or support and terrible specifications. I know a good number of Chinese Android phones that will struggle to run Google Chrome and not run XBMC (my favourite player.) The other option would be to spend a fortune on one of the top brand phones. It seems Google has finally decided to enter the Android fray with its own offering that, it claims, was made with us poor folks in mind.

Why the Motorola phone is good news for you and me?

In short the Motorola G offers the same good specifications found in the cheap versions of Lumia 520 with the added advantage of a well established ecosystem of apps a better display. It does not make you sacrifice currency for price. As we wait for Motorola to release it and for someone to go to Dubai and order them I will leave you to drool at the phone on its official page here.

8 thoughts on “The Motorola G: A phone after my own heart”