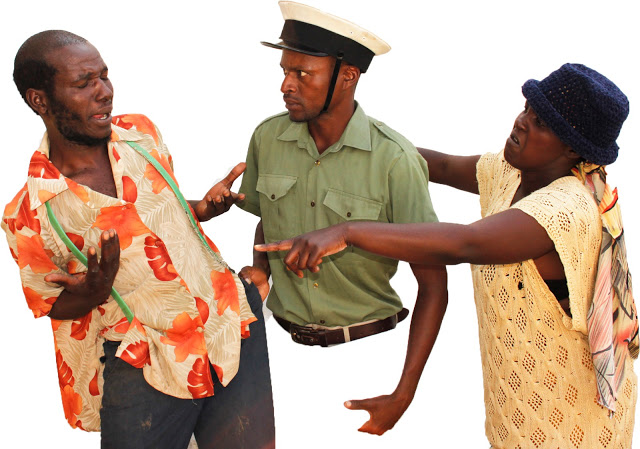 Last week two street disk vendors from Chitungwiza: Daniel Maramba and Christine Nemakonde were convicted for pirating the local Shona drama Vharazipi 2 and fined $300 each by Harare Magistrate Tendai Mahwe. According to the report in the local press the two will serve a sentence of  6 months in lieu of the fine should they fail to pay.

This conviction marks a very rare event indeed in our country where piracy is not only prevalent but has become accepted as part of the norm. What sets this incident apart however is that the two were not arrested by the police. Apparently one of the suspects, Maramba was caught in flagrante delicto by the lead actor in the drama, David Mubaiwa (who is populary known by the alias “Sabhuku Vharazipi”,) and his friend selling the disks on the street for $0.50 each and proceeded to effect a citizen’s arrest. While they were on their way to the police they also discovered and arrested Christine Nemakonde.

The two vendors pleaded guilty to breaking Section 59 of the Copyright and Neighboring Rights Act and were promptly convicted. It seems from the story the Street Vendors had managed to release a DVD of the local drama before the producers of the drama have done so. Most local producers have always struggled to meet the demand of the local market and street vendors have taken advantage of this by selling ultra cheap illegal copies of the productions.

In what I can only label a misguided effort to counter piracy, the Vharazipi production crew who received a $10 000 donation from Zimpapers, have said they are going to use to the money to produce “encrypted disks” in some feeble attempt to counter piracy. This is reminiscent of Sani Makalima’s misinformed efforts back in 2009. It did not work back then nor will it work now. Pirates will easily find ways around this and in any case the fact that an unencrypted copy already exists defeats the whole purpose. Besides the DRM move is likely to cause problems with actual genuine customers resulting in further lost goodwill.

Several lessons can be learned from this incident others: