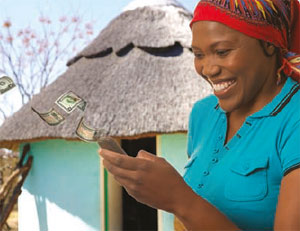 Almost 3 months ago, Econet suddenly announced a suspension of EcoCash transfers to other mobile local mobile networks; Telecel and NetOne. We suspected ofcourse that this was a move to encourage people to ditch their Telecel and NetOne lines to access the mobile money service. Or at least a move to have sons and daughters ask their fathers, mothers and grandparents to switch to Econet to continue receiving money. We tried in vain to get the reason Econet did this, until two days ago when, at the announcement of the company’s half year results, they gave us something.

First, Econet denied this was in anyway designed to have people migrate from the two networks, but they acknowledged that if this would happen they would definitely find it convenient. As for the reasons; a weak business case to continue the offnet transactions, and money laundering fears.

We quote the CEO, Douglas Mboweni:

Number 1 is we looked at the business case, and that was why we suspended it. And number 2, when you’re dealing with money there issues of money laundering. You have to know your customers. Now Econet can only know its customers and if we push money to other operator, we have no visibility of who that customer is. And so based on that fact that we require to know, end to end, the sender and the receiver we could not proceed sending money to people whose record we do not have.

We asked how banks are still able to send money to other banks and his response was that banks do rigorous and thorough Know Your Customer (KYC) checks that are only starting to happen now in the the telecoms industry. “There’s no guarantee that the person that you’re sending money to really exists, and this is why the telecoms regulator is coming in with a November 1 deadline for SIM registration” said Mboweni.

And as for the chances of them activating the service when SIM registration normalises post 1 November, he said they would look at the business model and see if it makes sense. Otherwise they believe in interoperability he said.