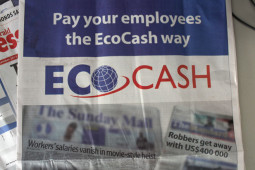 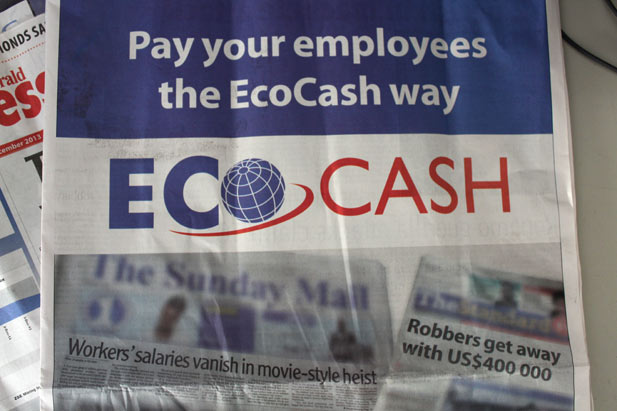 As you probably know, there was an incident last week where a cash in transit security vehicle lost almost half a million to robbers that pounced on it. The money was headed to pay plantation workers in Honde Valley. If for some reason you are wondering why they are paid cash, then let me just point you to the issues of traditional financial services basically excluding a huge chunk of the population. The workers would likely not have bank accounts at all.

Anyway, seeing the news, the EcoCash team at Econet cleverly grabbed the opportunity to show companies such cash-in-transit needn’t happen. In an ad in the print press today, Econet listed 7 reasons companies, (we’re guessing especially those that pay labourer wages) why they should start using EcoCash to pay salaries.

Econet has been for a while now, offering payments of salaries via their EcoCash mobile money payments service. Recently, the company launched EcoCashSave, which allows subscribers to EcoCash to have mobile based savings accounts on the platform. Econet has said close to a million subscribers have created EcoCashSave accounts.