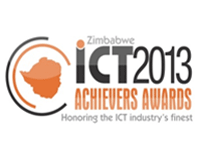 Following our commentary below on the 2013 ICT Achievers Awards, I have received a letter from one Simon Sadomba of law fim – Gill Godlonton & Gerrans representing Sadomba Mahari Computers. They have asked us to retract our comment. We agree and here is the full unconditional retraction;

2. Sadomba Mahari does NOT only come in the lime-light during the ICT Achievers Awards

3. The ICT Ministry’s naming of Sadomba Mahari as the winners in the category is NOT doing Zimbabwe’s ICT Sector a disservice.

The following article is a guest post by Dereck Goto, Founder and Lead Web Developer at Web Entangled. 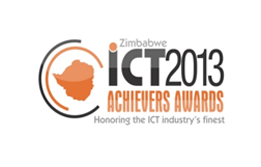 The habit of being silent when short-changed has destroyed our moral fabric as Zimbabweans.

I will not be silent when I have seen the suspicious awarding of accolades at the ICT Achievers Awards – 2013 edition. While I witnessed several companies in different categories complaining about the outcome in their sectors, in this article I will focus on the category that I was nominated in. The category was – Best ICT Web Developer Company / Individual 2013.

The award was unbelievably accorded to a company called Sadomba-Mahari (visit www.sadomba-mahari.com).

Anyone familiar with the Zimbabwean web space will tell you that the leading development companies in Zimbabwe (in no particular order) are Webdev (www.webdev.co.zw), Web Entangled (my company – www.webentangled.com), C2 Media (www.c2.co.zw), Big Law (www.biglaw.co), Design at 7 (www.designat7.com), Quatrohaus (www.quatrohaus.com) and Cyberplex Africa (www.cyberplexafrica.com). These are leading companies by virtue of the size and quality of their client portfolios. Almost every leading company in Zimbabwe has had their website designed by one of these companies.

These are companies that have developed projects for listed companies, leading telecoms companies, UN organisations, financial services sector companies etc. They have developed functional mass market mobile and e-commerce applications being used profitably locally. Clearly it is insulting for these companies to then be put up against a company such as Sadomba-Mahari whose own website does not meet basic W3C standards. By merely looking at Sadomba-Mahari’s quality of work and portfolio they should not have even made it to the top 20 of the country’s leading web development companies. I doubt Sadomba-Mahari has developed even a single website for any listed company or internationally recognisable organisation.

Sadomba-Mahari is never featured in any major web-projects in the country. They only come into the lime-light at these ICT Achiever Awards.

I would like to challenge the event organisers to reveal the criterion they used in coming up with the category winner for the public to see and learn.

For fear of being accused of being a sore loser, I will provide visual evidence and links to projects developed by Sadomba-Mahari, the best ICT Web Developer for 2013 (and 2012!). I will also provide visuals and links to websites developed by ourselves as well as other companies listed here. I will leave it to the reader to make their own conclusion as to the authenticity and sincerity of the awards. 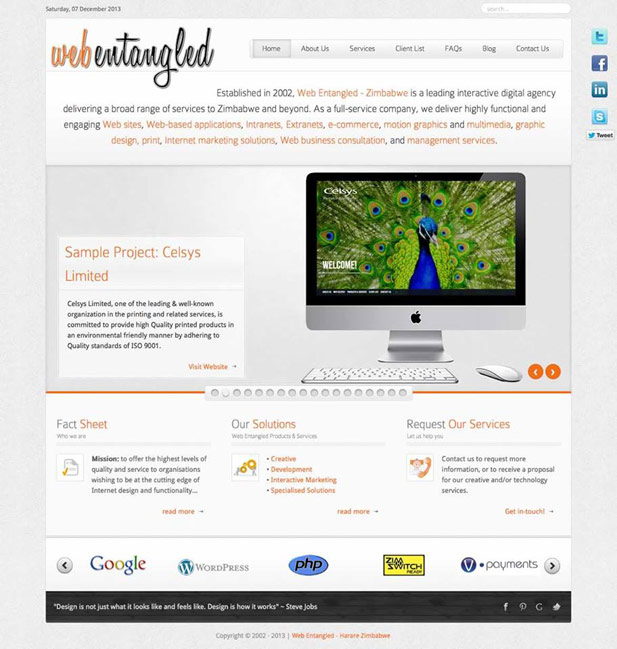 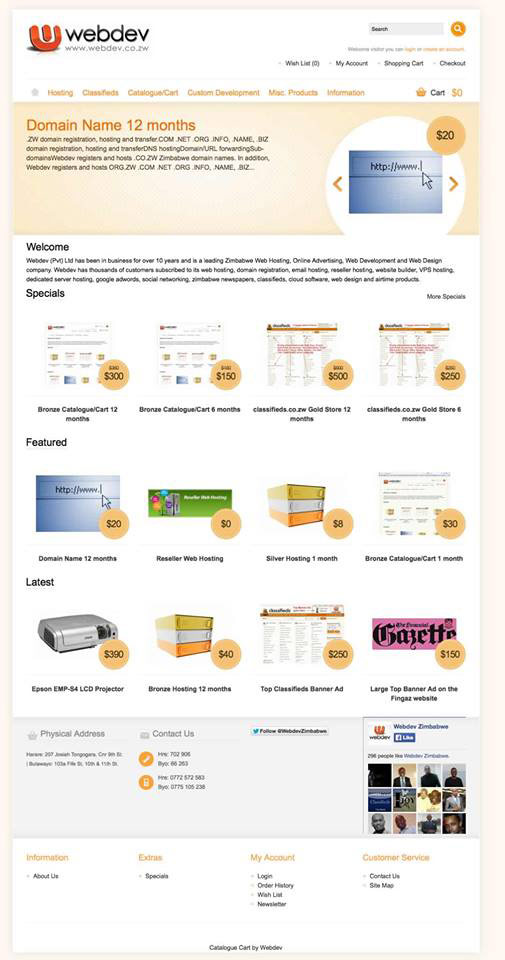 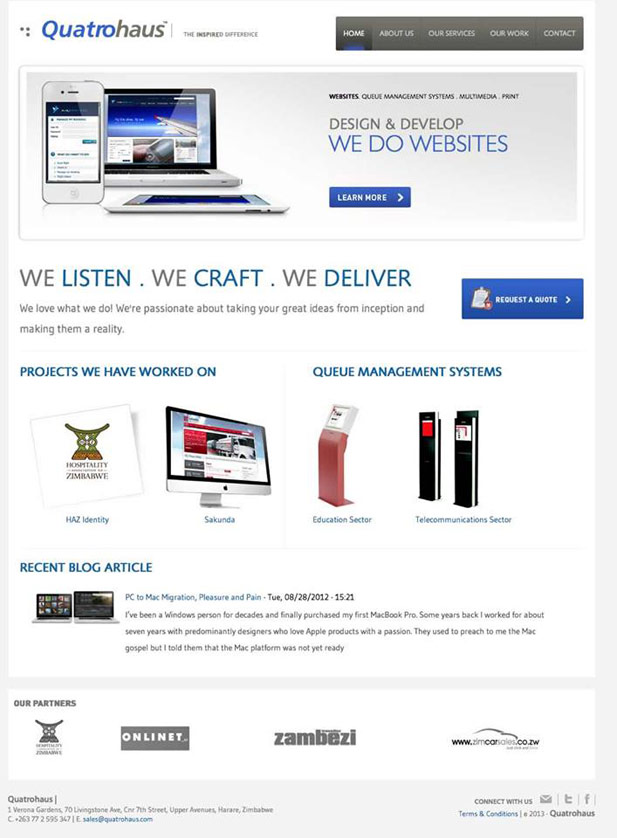 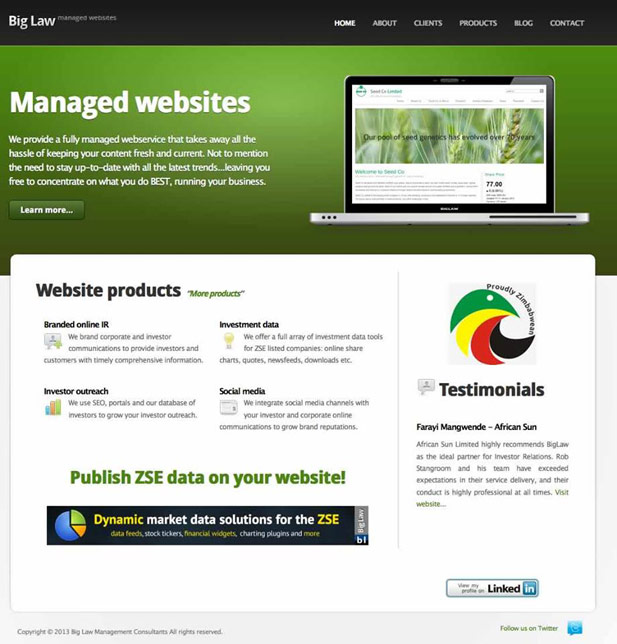 I challenge you to visit each of the companies I have listed here and have a look at the quality of their work both visually and in functionality.

At the end of it all, I feel used. Whoever was responsible for selecting the runners-up intentionally chose strong brands in the category to give credibility to the process, then they put-up their anointed ones as the winners. Some of these companies have built their brands for over 10 years and for them to be short-changed for some reason by implying that their companies are worse performers than a 3 year old business that can not properly create its own website is unjust and unreasonable to say the least.

If I do not get a satisfactory response from the event organisers, I will join others that have quit being considered for these awards citing the same problems.

92 thoughts on “Zimbabwe’s ICT Achievers Awards – what an insult! Updated with a retraction”