Just this morning we published a story on the EcoCash Droid app, an independent EcoCash app that replaces USSD codes with an interactive android interface that shortens EcoCash transaction speeds by up to about 50%. Sadly, we have just received information that the app is no longer functional as Econet have apparently disabled long USSD codes which was the foundation of the EcoCash Droid app. 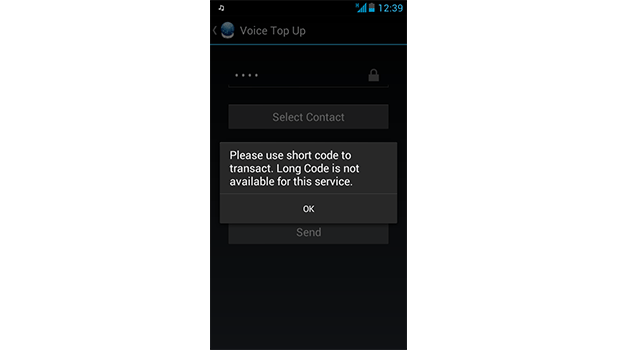 So what it means is EcoCash is either skeptical of the app security wise and fear it may prejudice its subscribers security wise. Our sources at Econet however say the disabling of the long USSD is not a direct response to the EcoCash Droid.

Gedion Moyo, the EcoCash app developer conceded that Econet my have a stronger argument in disabling the long USSD on EcoCash transactions but maintains that his app “was meant to save people time” and there are no sinister intentions to it.

Econet has already been criticised by local developers for not releasing an EcoCash API and this apparent move to block an app’s functionality will likely fuel the criticisms against it.