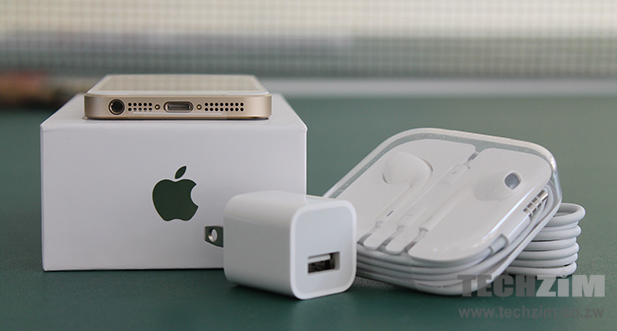 When Apple released the iPhone 5S and the iPhone SC there was little they could improve from the already acclaimed iPhone 5 but Apple had something up its sleeve and made a strong case for an upgrade. Locally, pricing is always a contentious issues and often dissuades even the unflinching loyalists from upgrading. The lowest cost for an upgrade in Zimbabwe is $800 if you decide to buy from the retailer who gave us this iPhone 5S to review. Other retailers are averaging $900-$1100.

If adding a gold color is something inconsequential then the iPhone 5S has nothing new design wise. The weight, dimensions and shape are identical to those of the iPhone 5 so if you buy phones for bling, you might not get noticed, unless of course you go for the gold colored iPhone 5S which does make a statement on class. The gold is not loud or too bright and blends well with the metal finish on the iPhone 5S. 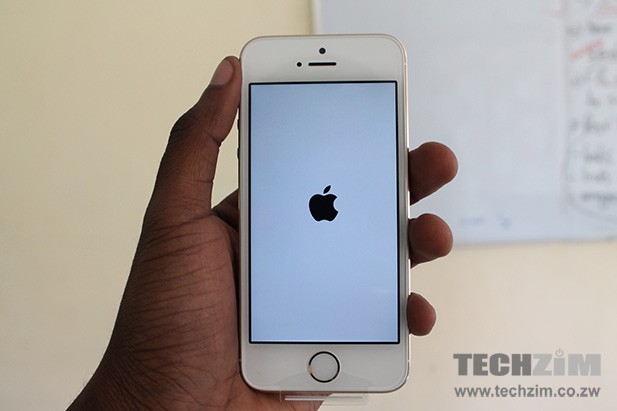 Just like the iPhone 5, the iPhone 5S fits perfectly well in the palm of the hand. This is convenient enough to easily navigate, type and browse using one hand but it has been criticised for not being big enough “to have a richer experience” with apps. We felt this criticism was not big enough to cry over. 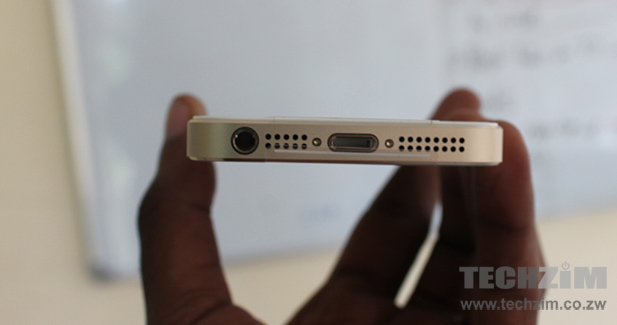 The iPhone 5S base continues from its two predecessors maintaining the speakers and USB jack at down under. Like it’s immediate cousin, the earphone jack is also at the base and continues with the orientation ambiguous  “Lightning connector”. Everything else is positioned exactly as is on the iPhone 5 with the power switch at the top, volume controls on the left and the nano sim slot as the only space on the left side of the phone.

Touch ID: The Touch ID is another noticeable upgrade on the iPhone 5S over the iPhone 5. Firstly, the home button no longer has a square in the middle but rather a conclave dip which has a fingerprint sensor. This an optional feature that users can use to secure their phones instead of the number based security codes. The Touch ID can accommodate  up to five different prints meaning you the phone can still be accessed by different users even with the Touch ID in use.

On the whole, the iPhone 5S is just a replica of the iPhone 5 with better color options and a few, hard to notice fingerprint sensor. Apple has always done this with an upgrade to an “S”. The brain changes but the head remains the same.

The iPhone 5S has a 4″ retina screen that is easy to navigate with one finger. The display quality has vibrancy and clarity like no other. The iPhone 5S comes with the default display brightness setting at under 50% but still appears brighter than many android devices at full brightness. 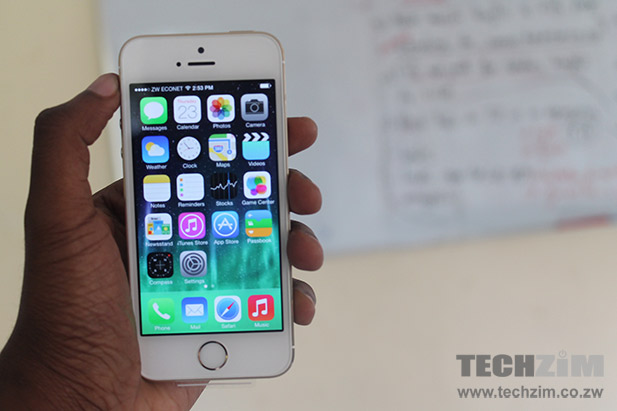 On responsiveness, the iPhone 5S display is well balanced as it is not overly sensitive to finger gestures but at the same time, promptly recognizes a screen tap to launch apps. 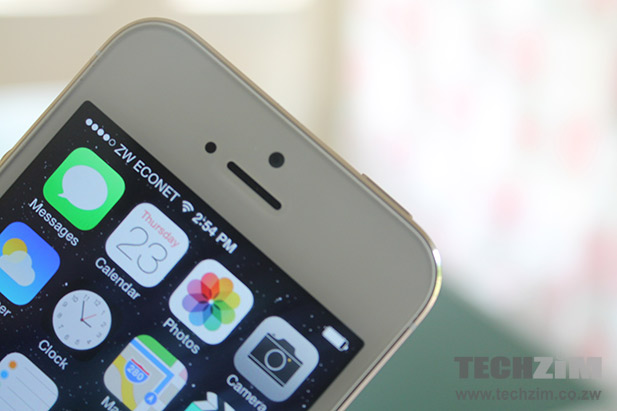 Based on different benchmarks and thanks to the A7 processor, the iPhone 5s is said to be the fastest iOS device to date. Fractionally faster than the iPhone 5. Although there is definitely no lag time in launching or running apps, there was not noticeable change is speed in both app launching and performance. What the A7 gives is not exactly fast performance but rather guaranteed and consistent performance.

Besides the Touch ID, the iSight camera on the iPhone 5S is the other most significant change from the iPhone 5 or iPhone 5C. The camera still remains 8mp but has wider aperture for better images in low light environments.

We were particularly impressed with the panoramic feature which is probably the simplest to use at the moment. If your decision to buy a smartphone is influenced by the camera, then the iSight is it.

The iPhone 5S carries a 1560 mAh battery which is a fraction larger than the 1440 mAh battery on the iPhone 5. The performance is nothing spectacular but just gives the standard longevity of 8 hours at optimal use. 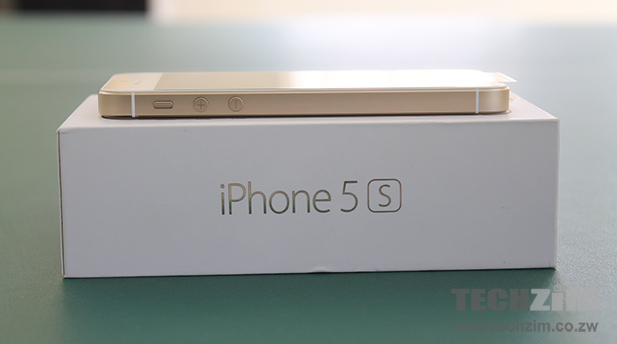 There is no doubt that the iPhone 5s is the best Apple phone to date. iOS 7 is a great update, Touch ID is relevant and improvements on an already good camera is welcome. However, you could almost feel that the upgrade from iPhone 5 is lacking. Maybe the battery could have had more and something different with the shape would have given it a true impression of an upgrade.

The Zimbabwean lowest price is $800 and it’s something to think about. However, considering that the iPhone 5 debuted at more than that price in our main retail outlets, then iPhone 5S shouldn’t be expected to be lower. The iPhone 6 is expected to be released between June and September 2014 and Apple loyalist may want to consider upgrading to the latest model available.

10 thoughts on “iPhone 5S review: Still a beauty even with minimum spend of $800 locally”