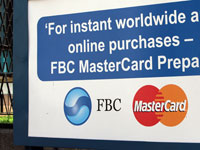 A recent funding development with an eCommerce startup in Nigeria got us discussing here about the chances locally for successful eCommerce startups and the conditions conducive for this. When there’s talk about eCommerce in Zimbabwe, or at least monetising web and mobile startups, there’s always the mention that we need a online payments before any eCommerce startups can succeed.

It’s said therefore then that since PayPal is a non-starter, the banks don’t not serious about Vpayments, and Econet too is taking time making EcoCash internet-ready (or at least allowing startups to integrate) there’s no hope for eCommerce yet.

Experiences in other developing and emerging markets however show that this is just largely an excuse for failure to execute. Developed payment systems have not been a precondition for the successes that have been registered in these markets and Zimbabwe shouldn’t be any different. Take Konga.com for example that just raised $25m in Series B funding. Konga founder, Sim Shagaya explains that credit card penetration is very low.

E-commerce arrived in Africa at a very different time from when it arrived in the United States. At the time when Amazon was kicking into gear, there was a culture of credit card use, and the formation of digital payments. But here it is all happening at the same time. Card penetration is still low, people are still getting used to this idea of being able to pay for things electronically – and cash is still king

Flipkart‘s story in India is the same. In fact, their success is actually attributed to selling products on Cash on Delivery basis. It’s 60% of their business. And yet here we cry to each other, “Payments first. No monetisation on the internet before payments are in place!”

There are more examples; Experiences are the same in Philippines, Kenya, South Africa and others. The year 2013 has in many ways been the year of eCommerce in a lot of leading countries in emerging markets. This wasn’t the case for Zimbabwe. Of-course we have our own issues like a dwindling middle class and generally not enough money in the system which is the opposite in these other markets. But really we shouldn’t point to the lack of internet payment systems. We can change that in 2014.

13 thoughts on “Needing internet payment systems before eCommerce is just an excuse!”