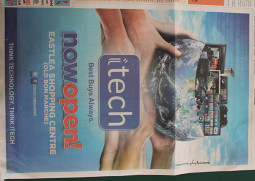 Well it turns out this new tech retail outlet is owned by retail giant OK Zimbabwe according to a FinX report. 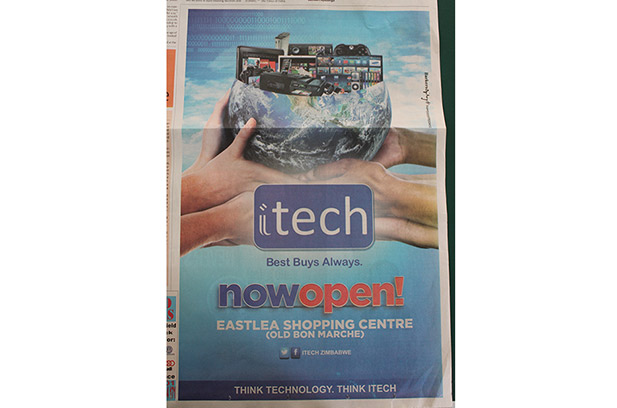 The FinX report doesn’t says much except that the new shop is part of OK’s product diversification strategy to grow revenue and besides selling hi-tech products, iTech will also have booths from other tech companies that “will have technological experts from their respective companies to assist clients with their respective solutions (to) problems like software upgrades”.

iTech is at Eastlea Shopping Center along Samora Machel Avanue in Harare.

Econet, Netone, Africom, Powertel and Samsung already have booths but so far only Powertel’s booth is manned. 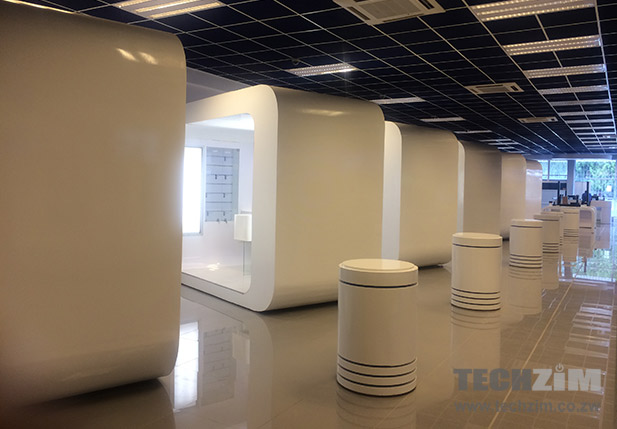 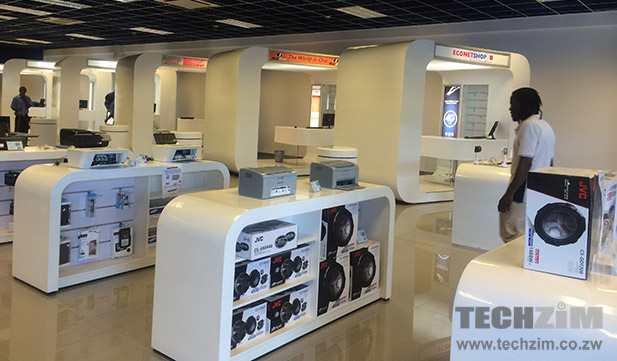 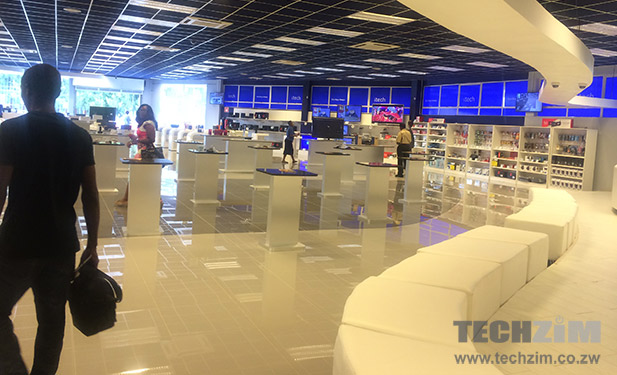 The interior looks brilliant and will look even better once completely stocked up. Although the advert says “Now Open”, the store will be officially opened in a fortnight and hopefully we will have a complete picture of the product range. The convenience of having all ISPs and MNOs under one roof (they all have equally sized booths by the way) will likely draw people from all over town to this one central hub.

This is not OK’s first venture in Tech. The company also owns Swan Technologies, a company that deals in software developments, mainly for retail solutions and point of sale hardware.