Following feedback from readers of Part One of this series, I will keep this article simple. However, it’s important to note that this is an analysis of the evolution of payment systems in Zimbabwe. It is neither a news article nor a dissertation. 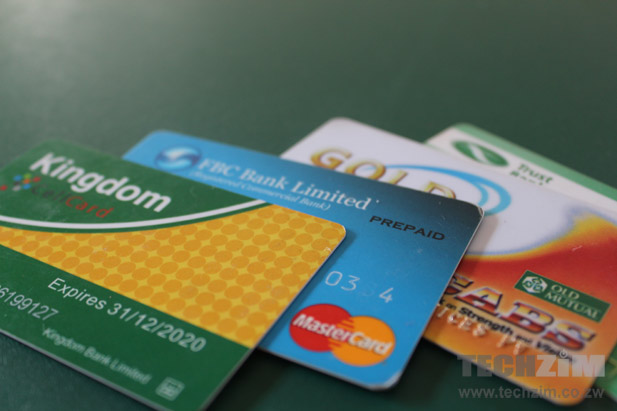 The long tail technically relates to the frequency distributions in statistics where a bell curve stretches for long from the y-axis, showing a greater number of occurrences under tail. For purposes of this article, and in business applications, the long tail shows that for any business variable, there could be several occurrences with small frequencies. To understand this better, relate it to the Pareto rule in business. OK Zimbabwe may find that 80% of its sales come from 20% of its products. CBZ Bank may also find that 80% of its demand deposits could be coming from 20% of its customers – and the reverse is true – 80% of its customers account for only 20% of its demand deposits. This situation applies in many business variables.

Plotted on a curve, the most frequently occurring 20% which generates, say 80% of the sales, will be under the central part of the bell curve. This part of the curve would constitute the hits, the products that sell the most. However, if the curve has long tails, that means there is a large number products with very low demand which spread the tails making them longer. These products sell less so they would not “sit” under  the middle part of the curve. Statistically, the most frequently occurring 20% of items represent no more than 50% of occurrences. The effect is that the less frequently occurring 80% of items are more important as a proportion of the total population. In other words, for a supermarket, instead of 80% of the products just contributing 20% of sales, you will have several products that don’t quite make a sales hit, but when put together, they make a huge contribution to sales.

This concept is very important to understand, especially for new tech firms, and innovative firms. There is adequate literature on the concept and the reader is encouraged to read more on it, particularly a book by Chris Anderson  called The Long Tail: Why the Future of Business Is Selling Less of More.

So how does this happen? The long tail, as suggested by Anderson, is made possible through the democratisation of the means of production. This democratisation is made possible by continuous innovation which capacitates and makes it possible for more producers to make products and services and deploy them, to consumers, even if they do not make them in large quantities. So for example, the production of books used to be the preserve of large publishing houses (remember Longman, ZPH, MacMillan?). However, evolution in technology has enabled desktop publishing, which means several ‘small-time’ writers can get several books onto the market without working with the big publishing houses, even if they sell a few copies of each book. Another example is the music industry. Yesteryear, the industry was dominated by Gramma Records, RTP and Zimbabwe Music Corporation. Musicians back then had to queue to record an album. However, as computers and software became more affordable and accessible, recording studios have mushroomed everywhere, releasing songs every now and them, even if those songs sell a few copies. Technological innovations have democratised the means of producing music.

How does this relate to payment systems?

As noted in the previous article, banks in Zimbabwe serve no more than eight hundred thousand clients. Contrast this with the reality that we have millions of our population that do not hold accounts, and better still, do not bank. The bankers have coined an elitist and high-sounding argument that these millions of people are not bankable. Their exclusion from the banking sector means these people cannot use payment systems that are set-up, run and managed by the banks. Effectively, this cuts them out from Zimswitch, ATMS, and card-related payment systems.

The central banks on the other hand have coined a term for this scenario. They call it financial exclusion. But does that mean that these millions of people do not transact? The answer is obvious – they do. However, they are excluded because the banks, their processes, and their technology is not democratised enough to handle these potential customers. This relegates them to cash-based transactions as they cannot use the payment systems set-up by the banks. This is no different from Gramma Records fifteen years ago, when they could tell certain musicians that their music was not marketable and would not record it.

Disruptive Innovation and the long tail

How has this occurred? I explained in the last article the fact that telecommunications has facilitated the creation of a new value network. This new value network comprises the millions of people who were marginalised out of payment systems by banks.

In 1996 when the first mobile network was set up in Zimbabwe, it was unimaginable that you could receive funds, pay and save on a mobile wallet using your mobile phone. The evolution of the mobile telecoms sector, as well as software solutions has given rise to the democratisation of payment systems allowing anyone with a mobile phone the chance to have a virtual account where they can receive, pay and do other transactions on a digital wallet on their phone. These mobile wallet users are no longer subjected to the minimum balance rigors that were used by the banks to marginalise a large part of the population (financial exclusion). Now, factor in the recently released mobile penetration rates of 103% as at 31 December 2013 and a clear picture emerges. This theoretically means everyone in Zimbabwe can hold an account or mobile wallet and transact, regardless of whether the banks like it or not, and regardless of whether they have money or not on that account. That is financial inclusion!!

The effect of the long tail is therefore, that users previous excluded by the banks, despite the small balances they may have, stretch the tail longer and longer. Added together, they constitute a large market for deposits and payment system transactions. The effect of this is more than radical – its disruptive. This explains why banks in Zimbabwe have raised so much dust about mobile wallets, in particular, against Ecocash. As I explained in my previous article, this also happened in Kenya, which was a frontrunner in the mobile wallet space when M-PESA was launched. It is therefore unstoppable as the effects of the long tail manifest and technology facilitates more and more democratisation of payment systems.

While we are still experiencing the disruptive transition phase of payment systems, there  are new undercurrents that are manifesting themselves, taking us into a third phase –  which is the foreseeable future of payment systems in Zimbabwe. This phase will have a significant impact on incumbent firms in various sectors. It will also have a huge impact on new start-ups and future companies and I will touch on that in my part 3 of this series.

Taurai Chinyamakobvu consults for a UK firm as well as a Global Fortune 500 corporation. He writes in his personal capacity. You can email him on tchinyamakobvu@gmail.com

3 thoughts on “Payment systems in Zimbabwe: The past, present and the future (Part 2)”