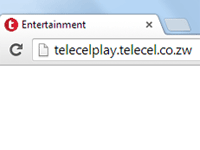 So as early as December last year, we got a tip letting us know Telecel had launched an online store called Telecel Play. Brilliant we, finally some local portal to buy locally relevant digital content and who knows, maybe even some physical goods. Brilliant, so lets look at the store. Nothing.

Despite advising subscribers via SMS that there was a store, Telecel, it appears wasn’t ready at all for launch. The Telecel Play store (after Google Play we guess), which is supposed to be available on telecelplay.telecel.co.zw just shows a blank screen. 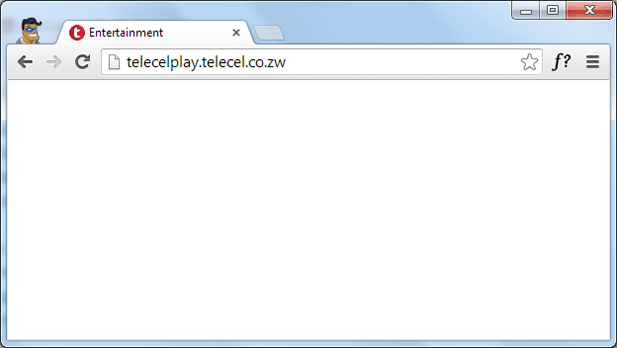 Why they would do this we have no idea, but we still wait anxiously. We’re guessing they are busy doing last minute stuff to launch Telecash. Or wait, maybe paying for stuff in the store needs Telecash. Wishful thinking I guess!

If you have had the opportunity to check it out while it was working, please comment with a screenshot below so we all know what it looks like.

Update: From the comments below and some social media responses to the article, we’ve since learnt that the app is actually a mobile only app, as in it actually has to be a mobile phone and not a desktop. We however couldn’t get it to run on the Chrome Browser app on a tablet or the Opera Browser (not mini) on an Android device. It worked fine though on other browsers: Opera Mini, Chrome on Smartphone, Default Android browser etc…

In terms of how it works, there’s basically tones, wallpapers and other such mobile trivials, which can be hugely popular though with some subscribers. We’re guessing they’ll introduce more digital products or even physical ones down the road who knows. We’ll cover more in a separate article.

Here’s a screenshot we took: 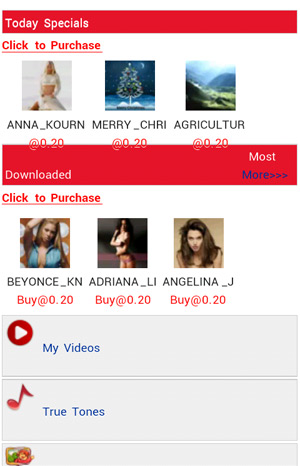