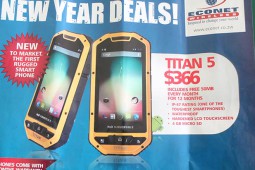 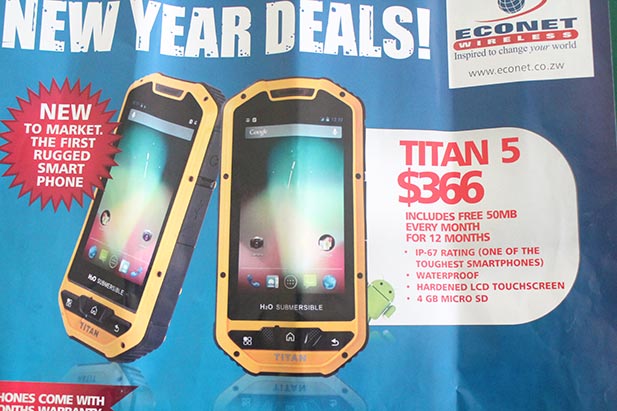 Econet is selling an interesting rugged-tough smartphone called the Titan R5 retailing for US $366. Our immediate reaction was thinking about last year’s Motorola launch of a rugged smartphone here in Zimbabwe which, unlike Econet in marketing at least, was clearly targeted at enterprise customers. In their ad this week, Econet is not deliberate about any specific kind of smartphone users they are targeting with the Titan 5, which would make you think it’s just consumer or regular business.

Anyway, it will be interesting to see whether local consumers will forgo looks over durability by buying the Titan 5. Our quick thoughts (and some advice) would be that this is definitely the Android device for you if you are the outdoor adventure kind or even generally find yourself dropping your phone very often. Business wise, mines, the construction industry, business with a large logistics component, and other such things. But also remember that Motorolla’s add-on business apps would probably be better, albeit more expensive.

Also remember that apart from  hardened LCD you can probably get some of the toughness of the Titan in phone covers designed for tough environments.

So, how tough: The phone has a high Ingress Protection or International Protection rating, (IP rating) which basically measures the device’s resistance to elements like dust and water. Its IP-67 rating means the Titan 5 is fully protected from dust and the effect from submersion in water with depths between 15cm to 1 meter for 30 minutes. In the world of rugged smart devices, this is the same rating with Caterpillar’s CAT B15 (Yes, Caterpillar the mines equipment manufacturer also makes rugged phones) which retails for $349 internationally.

In Africa both the CAT B15 and the Titan appear to be distributed by a South African based company called Rugged Phones. We can’t confirm if Econet is getting these devices from this particular supplier.

We will get hands on with the Titan 5 in the coming weeks. Here are the key specs and a more detailed picture from Getaway.co.za. 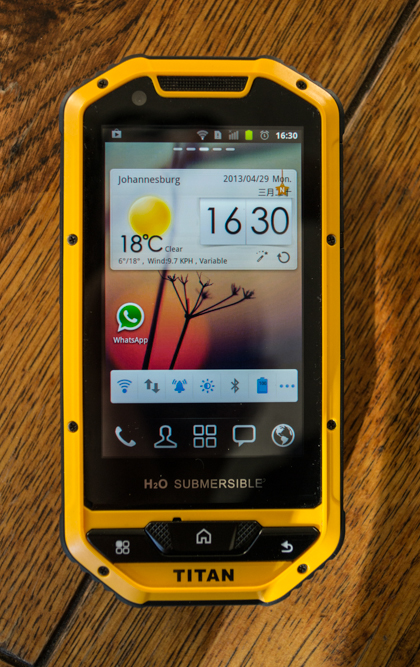 10 thoughts on “The Titan smartphone at Econet: Our quick specs and thoughts”