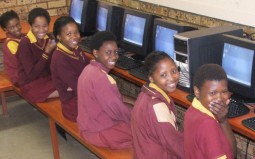 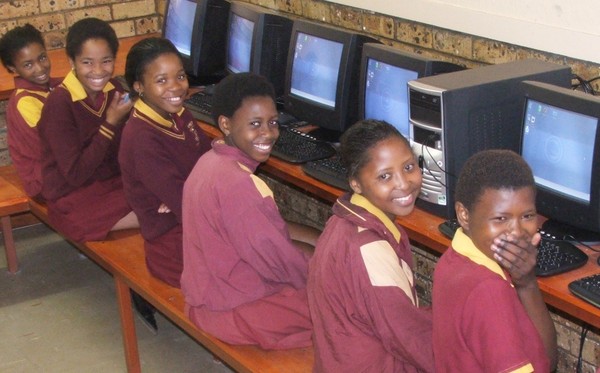 In 2009 there were no ladies in my Linux Certification class of about 30 people. Not long after that when I attended my short course on Hardware and the only woman in that class was, oddly enough, the teacher herself. Times have changed since then resulting in an increase in the number of players in our country, but when it comes to the number of women who enroll in technology courses, men still outnumber women for whatever reason. This fact is reflected in the Linux Kernel developers where only 3% of the developers are women. According to the Linux Foundation only 25% of all software developers are women.

Socialisation and archaic attitudes towards the girl child are hugely to blame for this unfortunate scenario. From an early age men are encouraged to be technical as reflected in the toys that boys get: motor vehicles, computers, game consoles etc. Girls on the other hand are still being drilled in the art of child rearing and are pampered with stuffed animals and dolls. When it comes to education most women end up doing commercials and arts effectively precluding themselves from the technical fields. At my school, enrollment in computer courses by girls and women has been consistently lower with the exception of secretarial courses during which the computer is seen as being nothing more than a giant typewriter with a screen.

A good number of the women in my family suffer from inferiority complex- I think. Although a lot of them are most certainly smarter than me, most of them often struggle when using a computer and hardily a day goes by without them asking me for help on some matters as trivial as plugging in a USB mouse. Perhaps as a result of socialization and norms most women defer to men when it comes to technical expertise. The only devices that my mother, aunts and sisters can handle more proficiently that me is the microwave and typing messages on Whatsapp. In my defense the microwave’s user interface is unintuitive with a lot of pictures of various foods on the buttons so how am I supposed to know what the drumstick means?

While the notion that men are physically stronger than women is a subject for legitimate debate the idea that men are more technically competent that women is just fiction. The few women that are into technology I have had the pleasure of meeting at functions and school were most certainly competent enough if not better than most men I know including myself. It seems unfair therefore that, as in all areas of life such as top management and politics, women find themselves again relegated to the sidelines.

I am not a statistician and cannot therefore spew at will the statistics about women’s involvement in the technology realm but I am sure the statistics will not make for happy reading. The government, NGOs, companies and individuals should do more to encourage greater participation by the girl child. The pervasive and outdated attitudes about gender roles should be dealt away with and children should be encouraged to seek and pursue their interests without being chained to sexist customs.

2 thoughts on “Where all the girls at?”