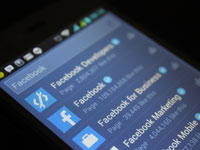 The Postal and Telecommunications Regulatory Authority of Zimbabwe’s latest telecoms statistics show that the country’s total broadband subscriptions climbed 6.45 percentage points in 2013, going up from 33.4% in December 2012 to now an estimated 39.8%. In just that one year, the number of internet subscriptions rose from estimated 4.4 million to now to now 5.2 million.

The bulk of the subscriptions, 5.16m, are mobile internet connections using 2G, 2.5G and 3G connections. These are primary provided by 4 companies; Econet, Telecel, NetOne, Africom, and PowertTel. Unfortunately, the POTRAZ stats don’t show how many subscribers each provider accounts for.

Even though accounting for a small portion of the total internet connections, the fixed broadband connections also increased reasonably in the year. Broken down by technology:


POTRAZ warns that to understand the numbers one must understand that a single subscription can be used by more than one person, especially the fixed broadband. It is also important to note that more than one mobile internet connection can belong a single individual as many people have multiple mobile sim cards.

The reason for the continued internet penetration increase is very clear; reduced mobile broadband tariffs and increased access to internet capable mobile phones – both feature phones and smartphone, but especially the former. Feature phones able to access the internet have dropped significantly in price, now available at prices below $40. Smartphones (Android powered ones from Asia especially) have reduced in price to as low as $70.

The availability of social platforms where people can interact with family and friends (and therefore create and consume relevant social content) has also contributed to the rise in mobile internet usage. Such platforms include Facebook, WhatsApp and Twitter. When the internet is more relevant it attracts higher usage. In the case of WhatsApp, it’s been more than just social content attraction but more the internet providing a lower cost communication alternative to the traditional SMS service.