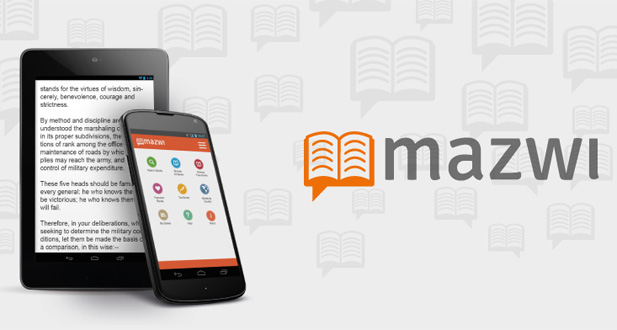 Last week, at the launch of Ecoschool tablet and platform, one of the things we said was remarkable was the similarity of the EcoSchool concept to the Mazwi startup that we have covered here a number of times. Initially, our guess that maybe they had partnered the startup in some way. Turned out they didn’t. In the article, we just had the following statement:

Not that they cloned it. No, you can’t clone an unlaunched product. But aside from school aspect,  the concept and some of the partners, does bring Mazwi to mind first.

The Mazwi founders got in touch to clarify that point. Basically, that they launched on the 16th of December 2013. They also note that the similarities between the EcoSchool app and the Mazwi app have been “of particular interest to a number of people”. On the specific issue of functionality they said: The app that [Econet] unveiled runs on the same technology and shares much of the same core functionality that our Mazwi for Binu app has had built-in since its inception.

Here’s the full statement we received:

We have been following the recent launch of an electronic book distribution service wich you covered in one of your recent articles.  Of particular interest to a number of people, as correctly highlighted in your article, are the similarities that exist between that service and our own Mazwi for Binu platform that is developed and operated by The Openbook Project. We wish to shed more light on the availability of our app. The app that that unveiled runs on the same technology and shares much of the same core functionality that our Mazwi for Binu app has had built-in since its inception. However, contrary to your article, while not yet launched, The Mazwi for Binu app has been available to the general public as part of our first testing phase since 16 December 2013. Details and specs of the Mazwi for Binu App were made public for the first time in October 2013 at the Intwasa festival in Bulawayo.

Anyone is invited to request the app here (http://mazwi.co/page/getting-started-mazwi-binu) and directly get involved in the continued development process. A core philosophy of our approach is to collaborate directly with users in the development of our solutions through systematic BETA testing and incremental iterations that eventually lead up to the public launch of solutions that we are confident of and that meet the expectations and needs of users. For our team, user experience and satisfaction is very important.  Irrespective of these recent events, our app will continue to go through all the necessary phases of testing needed to ensure that it meets the basic expectations and needs of our users.  We continue to work directly and closely with the wonderful teams at BiNu and Worldreader to ensure that the Mazwi for Binu app will be the best we can make it.

Today we are fortunate to have the support of a growing number of partners that believe in our vision. With their support we are helping to solve the problem of publishing, illiteracy and access to information in an open and collaborative way.  We invite more partners and organizations in the ICT sector and other areas to join us and help make this revolution a success.  Anyone who wishes to collaborate with us should drop us an email at founders@mazwi.co.  We are delighted that our vision is finally beginning to help influence and shape local innovation in this area. We would also like to thank the people who have continued to express and exercise their unrelenting support and commitment to this revolution, thank you.