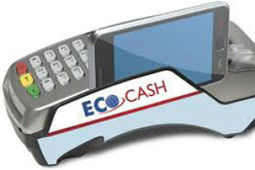 According to an article in today’s Herald, The Bankers Association of Zimbabwe has taken its ongoing battle with Econet to the state legislature.

While addressing a parliament portfolio committee on youth indigenisation and economic empowerment, BAZ President George Guvamatanga asked for regulation that gives all people access to bank services. He mentioned how unhindered access and interoperability could lower the cost of banking.

Guvamatanga demanded legislative redress to deal with the monopolistic tendencies of some mobile network operators arguing that interoperability would make it easier for people to get access to banking services.

In January 2014 we got the information that Econet was now opening up full USSD functionality to all banks through the ZimSwitch mobile money transfer services. This move seemed to address the interoperability issue but the fact that BAZ is still harping on about this would suggest that they were not happy with the offer Econet made.

BAZ’s argument appears to based on the unfair conditions attached to Econet’s access to the USSD gateway. These included a US0.30 USSD charge on every transaction, tariffs that are adjustable on short notice and the right to unilaterally terminate services.

While Econet/EcoCash may have opened up their gateway, these conditions  make it really hard to offer a fair price for mobile money services outside the EcoCash channel. A US$0.30 charge added to ZimSwitch charges and the bank’s own charges would make any transaction very expensive.

However if all transactions are routed through EcoCash it becomes cheaper. In such a case any subscriber would opt to use the EcoCash services if they are cheaper.

It’s easy to see that Econet is playing the first mover’s advantage here. They are doing what any profit focused establishment in a capitalist environment would do. For EcoCash it would seem that with the arrival of Telecash and OneWallet on the scene any strategy that gives them an advantage should be exploited.

The reality though is that for now the scales are tipped in Econet’s favour. With a much larger mobile money subscriber base it will take a lot of lobbying from BAZ or any other interested party to cause a huge shift in the market.

BAZ has opted for the most logical route, but perhaps they need to look at more innovative services that can retain clients and grow their revenue model. Will this inclusion from Econet really lower the service charges as they have claimed or are they using this war with the network as an excuse for their poor business model?

While it’s justifiable to call out Econet/EcoCash for “monopolistic” tendencies the truth is Zimbabwean banking services have not been adaptive to the demands of the local environment. The poor services, challenges to be part of the banking system (try opening an account) and the steep charges that were referenced by the same legislative committee all need to be addressed before they identify exclusion as their biggest problem.

If these issues had been tackled, perhaps mobile money would not have grown into the juggernaut it has become.