Bitcoin slipping even further as China and US Taxman happen 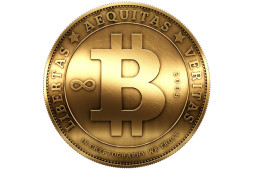 So, Bitcoin is having a tough time regulatory wise in China. Apparently China wont have any bank handling Bitcoin Exchange bank accounts and has given them until April 15 to close them. On the other side of the world, the US authorities have basically induced some fear into Bitcoining essentially by saying the currency is property and not a currency, which has all kinds of cruel tax implications.

As you can imagine, these developments haven’t been kind to Bitcoin. The result has been a further decline in Bitcoin value from a high of close to $700 in early March to now about $450. Mt. Gox is still fresh in the mind ans this is not good for the currency. Note, the currency and not the protocol. Is this the end of the currency?

You may have heard that Facebook announced the acquisition of a virtual reality headset startup called Oculus. Preparing for the next big thing after mobile, is essentially why Facebook is buying the company, said chief Zuckerberg.

One writer though explains this more as just about the metaverse (basically a virtual reality world) and how it can be integrated into Facebook users’ real world social life.  “For all the hype (some deserved, some inflated) around the intersection of social, local and mobile, that trend will have nothing like the world-changing power at the intersection of social networks and virtual reality.” he writes.

This would make it possible to experience certain things with your real world friends in a virtual world. Quite interesting and indeed not far off an imagination to have even now.

If you are a device enthusiast, you’ve probably encountered an Applesque device, culture and strategy made in the East called Xiaomi. Like Apple they have focus; the Mi3 is their only smartphone right now. They have a phablet yes, but in terms of experience of a normal size smartphone, it’s the Mi3.

The ways, copied or not, have been widely successful and in China they have become one of the most used smartphone brand. And the growth won’t cease; where they had targeted to sell 40 million phones this year, the company has now revised the figure to 60 million. More here. Africa hasn’t been a target market for the company so far, so unless someone imports the devices gray style, you probably won’t see any time soon.