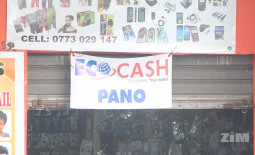 Late last week we broke the story on the Reserve Bank of Zimbabwe’s directive to mobile money service providers, which basically said that mobile money agents can conduct services for multiple mobile financial service providers. No exclusivity except if special waiver requested. This follows a complaint to the Reserve Bank by Telecel that the biggest mobile money operator EcoCash was blocking Telecash from accessing Agents that had already signed up for EcoCash.

We have since sought a reaction from both Econet and Telecel on the RBZ directive and judging from Econet statement, the impasse may not be over yet.

Firstly, it’s important to note that Econet did not bar agents from taking up Telecash officially but it is strongly suspected that Econet used unofficial means such as intimidating agents and closing EcoCash lines issued to agents who associated themselves with Telecash, essentially to stop them for taking up Telecash. It’s not clear whether these suspicions formed the basis of Telecel’s complaint to the regulator but the RBZ directive seemed to respond  more to issues around signing of exclusive agreements with agents, which Econet always denied.

1. It has come to the attention of the Reserve Bank of Zimbabwe that some mobile payment system operators are entering into agreements with agents in terms of which the agent is precluded from acting for any other mobile payment system operator.
2. The said exclusivity agreements or covenants are likely to have an adverse effect on competition and may be detrimental to the smooth operation of payment systems in the Country.
3. Exclusivity agreements will consequently hamper the Reserve Bank’s efforts of promoting financial inclusion and the expansion of financial services in the economy.

Judging from the Econet statement to Techzim, it seems the Reserve Bank’s directive does not address the real issues and Telecel may have erred in it’s original complaint. As can be seen above, the Reserve Bank’s directive is silent on the alleged intimidation of agents by Econet and only addresses the issue of exclusivity which Econet has always denied. The Econet statement also reiterates this “official position”.

As we have previously stated, the EcoCash Agent contract is not exclusive, as approved by our regulator for mobile financial services, the Reserve Bank of Zimbabwe. This contract is available to the public, either from us or any of the thousands of EcoCash Agents that have signed up for the service. It has always been up to the agent to decide whether or not they wish to do business with other mobile financial services providers.

The last sentence in that brief statement gives us some indication of how Econet will take this forward. Try to imagine a parent telling their child, “Hey, it’s up to you if you want to go out at night. Totally up to you!”. If I were an EcoCash agent, that last bit would be enough to dissuade me from going to bed with Telecash. Yes they don’t have an exclusive agreement with EcoCash, but who says that an exclusive agreement is only exclusive when on paper?

Econet can always continue with their alleged clandestine means of frustrating Telecash’s efforts at signing on agents and still say we do not have exclusive agreements with agents.

On the other hand, Telecash is offering the agents an attractive financial incentive to sign up, especially at this early stage of their product were an agent gets $1 for each customer they registers to Telecash. Every mobile money agent will sure want this and the question is, why hasn’t it been happening?

If it has always been up to the agents to decide, as Econet claims, why are OK, Bon Marche and Zimpost (the large companies) the only agents comfortable offering EcoCash and TeleCash side by side?

As expected Telecel is pleased with the regulator’s directive. They said to us:

We are happy with the guidance provided by RBZ and we believe this will be to the benefit of all mobile money customers in the country.

This gels in well with our basic approach of pushing for interoperability, as encouraged by the regulators, with the full ecosystem of the mobile money service. We believe Telecash users will benefit from the increased convenience of service availability.

This issue may not be dead and buried after all.