Facebook reported to be venturing into money transfer services 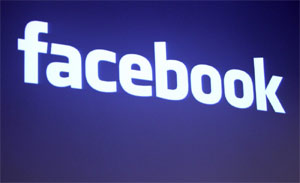 Facebook is reportedly planning to venture into financial services by providing a facility for its users in select countries to store money, transfer funds and make online payments.

A report from The Financial Times explains how the social network is on the verge of securing regulatory clearance in Ireland to become an “e-money” institution that can distribute units of “stored monetary value” that represent a claim against Facebook. This electronic currency would be accessible via a process known as “passporting” and will be valid throughout Europe.

It is reported that Facebook has been arranging partnerships with TransferWise, Azimo and Moni Technologies based in London. These three are start-ups involved in online international money transfer services.

Although it is being launched in Europe this move is viewed as Facebook’s attempt at increasing its presence and visibility in emerging markets. A source from Facebook quoted in the reference article summed it up by saying that “Facebook wants to become a utility in the developing world, and remittances are a gateway drug to financial inclusion.”

The push into mobile money services is being enacted by other giants such as Alibaba, Tencent and search engine giant which Google has dabbled in this segment with its wallet products.

In the African market Mobile Network Operators have offered the most elaborate and largely successful provision of mobile money transfers that are not data dependent. Services like M-Pesa and local offerings like EcoCash have managed to push multi billion dollar transaction amounts through GSM networks.

While Facebook has an impressive presence in the African web space, it will be interesting to see whether this will have them exploring the continent as an investment destination once they launch their service and expand outside Europe.