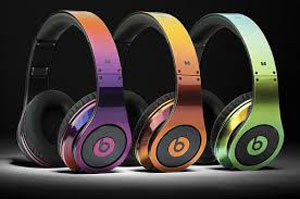 Apple is in talks to acquire premium headphones giant Beats Electronics for $3.2 billion. According to reports from The Financial Times and Bloomberg, the deal is likely to be formally announced next week as some details still need to be wrapped up to ensure that the deal does not collapse.

This is set to be the largest acquisition from Apple, and Chief Executive Tim Cook is walking a very different path from the one taken by the company’s late founder Steve Jobs who did not believe in big acquisitions for growth.

While Apple and Beats have both kept a tight lid on this deal, people close the deal are reported to have detailed how the management team from Beats will report to Tim Cook. Apple is swooping in to acquire not only Beats’ audio equipment business which is behind the iconic Beats headphones, but also the Beats streaming music service which was launched this year.

At $3.2 billion this Beats snap-up is a big deal for Apple, when you consider that its largest acquisition to date is the $400 million paid for Steve Jobs’ NeXT Computer Systems in 1997. In hindsight this was probably the best “acqui-hire” in history that heralded the return of Jobs to Apple.

However with the current mega acquisition trend in Silicon Valley this is pretty standard. Google recently paid the same $3.2 billion for Nest Labs earlier this year. For Apple, which sits on a global cash pile of $133 billion, this deal which syncs with their business focus on music streaming, premium hardware and image-centric consumables is definitely smart.

Interestingly Apple’s fiercest rival in mobile and tech, Samsung, recently jumped into the premium audio devices segment  complete with a line of high end headphones. This begs the question of what Apple’s strategy is here actually.

Does Apple want to beat Samsung at their own game as a mobile company dabbling in music? Are they trying to re-establish themselves as reinventers in music with a bolder stance in music streaming which is the fastest growing segment in the industry? Or is this a $3.2 billion admission that the kings of innovation have lost their touch and just like other companies have to buy to remain relevant.

2 thoughts on “Apple rumored to be working on acquisition of Beats Electronics for $3.2 billion”