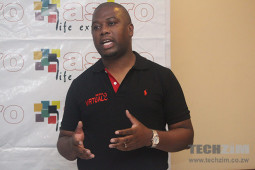 Speaking at the launch, Astro CEO Munyaradzi Gwatidzo said the Astro Virtual Phone is the thinnest and lightest smartphone in the world. The Astro Virtual 2 is 6.5mm thin and weighs 120 grams. That it’s the world’s thinnest phone is ofcourse not true. A quick Google search is all you really need. There’s a Chinese phone brand called Gionee which, at 5.5mm thickness, is already is the thinnest in the world. There’s the Vivo X3 too whose thickness is just 5.75mm. So, no.

I managed to ask Gwatidzo if he knows about the Huawei Ascend P6 and he said he does not believe that the Huawei Ascend P6 is really 6.2mm thin. His argument is Huawei as well as other claimed thinnest devices on measure the metal strip and leave out the covers around the device – giving them a false thinness. Weak. That aside, why Astro feels the need to lie about this is beyond us. 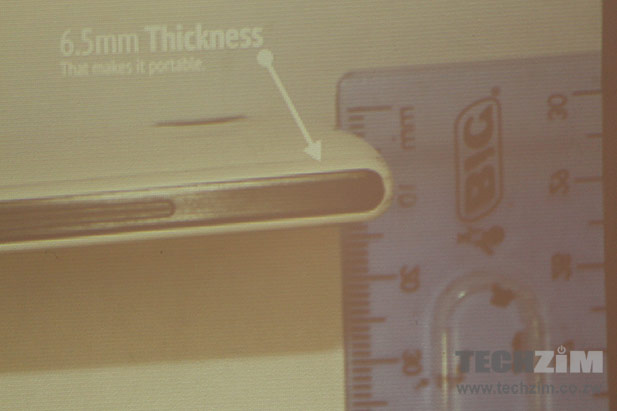 Astro is asking people to part with $499 just to get their hands on the Astro Virtual 2. Incidentally that’s just $1 less than the going price of the Huawei Ascend P6, which we already feel is kinda pricey. So yes, the price is a bit on the up side but we will have better judgement after a full review.

42 thoughts on “Astro unveils the Astro Virtual 2. Lies about it being the world thinnest phone”