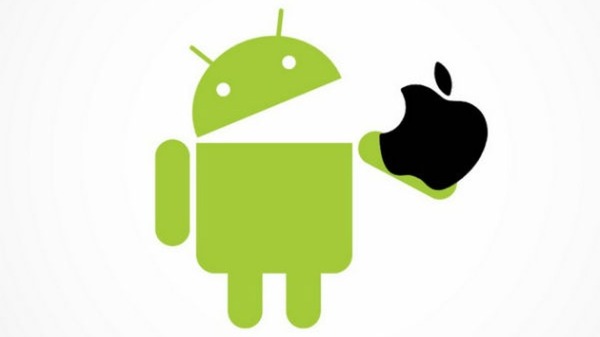 Apple Fanboys have always claimed that a lot of Android device owners did not buy their devices by choice- they are just poor and could not afford the iPad and iPhone heaven. Under all that clamouring and FOSS ideology lies a secret desire to own an Apple device-they say. Thanks to a new piece of software called Cider, Android users might just be able to install some iOS apps on their Android devices thus at least sating part of that secret desire.

Before you get all excited, you should know that the software is just a prototype and the creators have said that they have no intention to commercialize it. The six PhD graduate students from Colombia who created the software said they did so as part of a research to bypass current restrictions on tablets and smartphones. They cite two drawbacks of such restrictions:

They feel this is stifling innovation and depriving users of choice as some App publishers simply choose to target one platform because of resource restrictions. For example much as I would like to test Office for iPad I am stuck with a poor half-hearted imitation from the Play Store because I am unwilling to spend money buying a mobile device that will cost me three full grown cows!

From the mumbo jumbo in the research paper Cider sounds a lot like WINE which allows MAC and Linux users to run PC software by providing the requisite API calls. “Cider enhances the domestic operating system,Android, of a device with kernel-managed, per-thread personas to mimic the application binary interface of a foreign operating system, iOS, enabling it to run unmodified foreign binaries.” Whatever this means it allows you to run iOS apps on your Android device.

It’s not going to be in the Play Store in our lifetime.

Cider was presented last month at APPLOS 2014 in a presentation titled Cider: Native Excution of iOS Apps on Android by Jeremy Andrus and his colleagues. They made a functional version of the software and tested a couple of Apps including Papers for iOS, Passmark benchmark and the Calculator for iPad but for now it remains just that-research. There are a lot of hurdles to be cleared if the software is going to become publicly available. Besides swatting the bugs and releasing the alphas and betas there are our friends from Cupertino California to deal with. If there were willing to sue people for rounded corners and bouncy features one wonders how they would react if Cider were to be released. We know how Apple loves to bilk, cheat and overcharge its customers via the Apple store and God forbid if someone was to introduce a way for users to circumvent that and allow Apple users to access the wider ebook world of Android for example.

For now the researchers have said that they have no intention of commercialising the software despite the positive tone from their paper. Maybe someone got to them or maybe it means they are just going to release the software as an Open Source project. I hope it is the latter and I am anxiously waiting to get my hands on the software and take it for a spin.