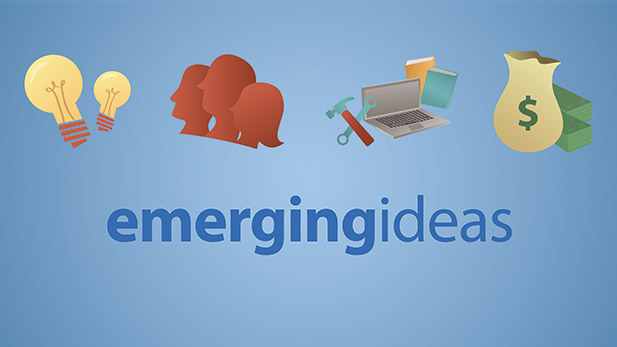 A few weeks ago we started a review of the local tech hubs as means to assess how they have hit the ground running in their first few months navigating around the Zimbabwean startup ecosystem.

Muzinda-Umuzi and Hypercube were the first and second in the review and maybe tied to their formation similarities (all have non-profit roots), they both seem to be still “finding themselves” and their place in the startup ecosystem.

Despite the numerous events and meetups, we still haven’t seen a clear, predictable path on what to expect from both hubs and to be fair, it’s early days and soon, we will know exactly what they are all about.

Our third installment will focus on Emerging Ideas, an all-business (not only tech) incubator we featured early this year run by co-founders Tommy Deuschle and Tim Bickers. Besides the shared values of community and that they are all new establishments, there aren’t any more similarities between Emerging Ideas and our two non-profit funded hubs.

In fact, it would be seem that the profit vs. non-profit approach explains the greater differences between Emerging Ideas and the rest of the Hubs. Although they have huge philanthropic leanings, Emerging Ideas is a 100% profit driven business incubator and whenever something is profit driven, it becomes easy to adequately measure successes and failure.

In reviewing Muzinda-Umuzi and Hypercube, we found it difficult to measure their successes because there was simply nothing to measure it against.

However, with Emerging Ideas, things are pretty different. Almost everything about them is measurable and consequently much easy to assess. For example, Emerging Ideas is looking to build 100 ideas by 2025. That’s their clearly articulated vision and so far they have been impressive at it.

In their first quarterly newsletter, they gave an update on at least 8 projects under their wings and outline a policy of transparency as far as they relate to their community. Transparency, as you know, an expensive commodity all over the globe and investors, the media and the startup community at large will appreciate working with such an open institution.

A few thoughts on Pitch Night

Just a few weeks ago we reported that George Chingore, A HIT dropout who pitched an airtime vending machine prototype at the March Pitch Night had secured partners as a result and his product had gone for patenting.

At the April Pitch Night, we saw representatives from some local institutional investment houses asking questions to pitchers and although it’s still early days, you can’t help but feel optimistic when big firms start to pay attention to startups.

That’s the good part about Pitch Night, but there are some minor areas they may need to look at. For instance, the quality of the pitches is not up to scratch. Maybe not an indictment on the organisers themselves, but it almost always ends up on their table.

It appears some of the pitchers are not coached, some are vague and almost 90% never say what they hope to achieve from the pitch. Is it sales, finance or partners? Maybe we don’t get to hear this because almost all of them run out of time and are abruptly cut short.

Whatever the case, the standards of the pitch is always a takeaway from a well run system and it would be great if they look into it, and make sure that as they continue grow, the standards also improve.

Tommy Deuschle says part of their objective with Pitch Night is about “providing a safe place to share ideas and connect with one another”. That part was running well until the last Pitch Night, when one of the presenters was so secretive with his patented “self sustaining cyclic hydro generator”.

The product was such a closely guarded secret that people never got to understand what it was all about. Understandably he didn’t feel safe sharing his product on the platform and “the big message of trust” that the organisers always reiterate did not resonate with him.

On his part, the presenter never got vital feedback from the audience and investors because of his own unwillingness to share and in the end it was bad for everyone present. Anymore pitchers like that may create a false vibe that says, “share at your own risk” and defeat the idea of a community were there is a free flow of ideas.

For a country that’s having first contact with hubs, Emerging Ideas has done well in activating an open community around them and to connect the startups with key stakeholders. Learning from past failures, Emerging Ideas seems to getting it’s footing right this time around.

Although the Pitch Night is open for all brave startups willing to share ideas, getting into the Emerging Ideas incubation program may be a bit difficult. 100 ideas in the next 11 years can be loosely translated to 10 or so ideas in a year.

However, I am almost certain that the team at Emerging Ideas will be happy to do more and if you combine the ideas in the accelerator program and those coming out of Pitch Night, Emerging Ideas has already impacted more than a dozen ideas but there is always a limit.

So how do you get to be a part of it?

Tommy Deuschle says, “Emerging Ideas invests (in) relationships and not business plans. What matters most is the twinkle in an entrepreneur’s eyes that says they’re committed to their own success, that they’re a team player and that it’s more than just about money”. Trust is the key factor here.