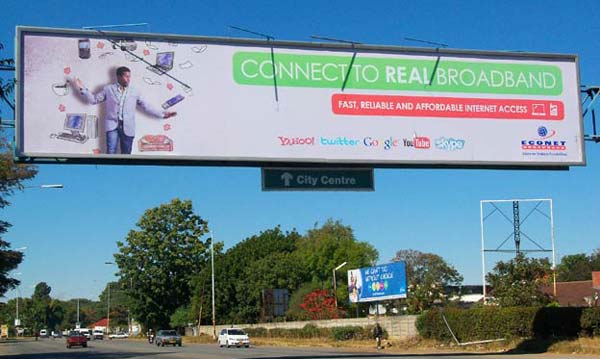 Econet will, in the coming weeks (or months, not easy to tell right now) be launching WiFi hotpots in a bid to ease congestion on the regular mobile broadband networks that use GPRS, Edge and 3G. We were tipped to this development by some subscribers to the network who told us they received calls from Econet inviting them to trial the WiFi hotspots.

According to our tipsters, subscribers using smartphones will have the option to switch from their mobile broadband connections to WiFi when they are within these WiFi hotspots. We have no information yet on where these hotspots will be exactly but our guess is it will be highly populated centres like malls, high traffic supermarkets, restaurant, sports stadiums, airports and other such places.

Econet has told these trial customers that they will pay the same rate for the WiFi as they do for mobile broadband i.e. besides it being a WiFi hotspot, cost is really the same. We’re guessing the incentive to use WiFi will really be hope for better speeds there, otherwise why would someone bother. The trials are starting this week and indications are that these trial customers will bee given a list of of the WiFi hotspot locations. We’ll let you know as the information comes in.

We’re not sure if the the connection switching will be manual or if Econet will provide an app for this – something to notify the subscriber or switch automatically when they get into in an Econet hotspot.

This is an interesting move in that it’s almost an anti-mobile broadband offering, essentially an admission by the mobile operator’s that their internet delivery technologies (2G, 3G etc…) are inferior to good old fibre/copper powered WiFi internet. License wise, Econet is pretty covered here. As expensive as it is, we’re sure their GSM license can do public hotspots too, but even if it didn’t, they have the Liquid Telecom IAP license for backup.

If you’re part of this pilot, we’d love to hear what your experience is.