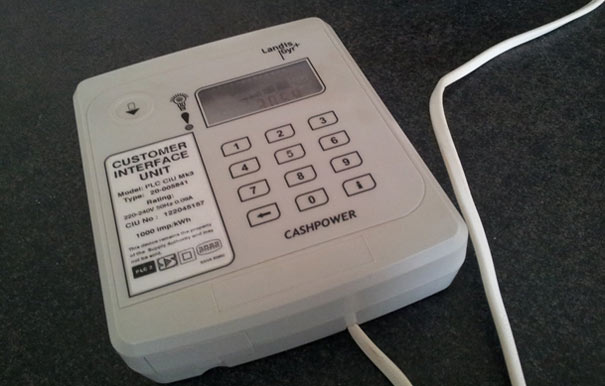 In the past couple of months, we have seen the issue of the electronic vending of ZESA prepaid electricity tokens come to what seems like a close. After issuing and withdrawing tenders to have an external company distribute (or aggregate) prepaid electricity tokens in 2012, and then again last year in September, ZESA eventually decided they’d just do it within the group by appointing its internet subsidiary PowerTel for the job. Forget that PowerTel itself had apparently been part of the 40 or so companies that bid for the tender.

PowerTel itself selected NetOne, CBZ Bank and ZB Bank to retail the tokens via their networks using billing integration built for them by E-Solutions. E-Solutions by the way has been working with mobile operators and banks, building software integration solutions for a number of years now. NetOne wasn’t a surprise really. You’d expect them to receive such favours from their government sisters.

What was surprising though is that both Econet and Telecel, the mobile operators that have significantly more subscribers – together accounting for about 85 percent of mobile subscribers locally – are not part of ZESA’s (or PowerTel’s) prepaid tokens retailers. You’d expect the government to see these as an opportunity and not a threat or competition. EcoCash has been widely popular with about 3.5 million subscribers, and indications are that Telecash, which works essentially the same way as EcoCash, is getting very popular too. NetOne’s OneWallet on the other hand has generally been known to have had its adoption affected negatively by the need to swap SIM cards.

A source at Econet told us recently that they actually submitted a proposal to sell prepaid tokens via EcoCash and got rejected. According to our source, the company started engaging with ZESA some time last year and this year, in early April, got a rejection letter from ZESA CEO, Eng. Chifamba. Although we haven’t seen the letter, our source says Chifamba’s letter essentially confirmed that tokens aggregation was for government enterprises only. Strangely, despite the tender process being largely inconsequential, it seems Econet chose to not be part of the process, preferring instead to submit it’s proposal outside the tender.

Bill payments are big money. The private companies are definitely eyeing those 400,000 prepaid meters that have been installed so far. That’s a possible expenditure of an average $30 a meter each month – $12 million worth of transactions. Government, despite not having enough network capacity and reach, would like to keep the money within. Forget that they already charge tax on all mobile money transactions and would therefore get to collect even more money if they let the private mobile money providers in.

To understand the situation more, we sent some questions to Zesa Holdings spokesperson Fullard Gwasira but a week later, he still hasn’t responded. Our sources at PowerTel however confirmed that PowerTel is the only aggregator because they are the same company really. He also said that in addition to NetOne, CBZ and ZB Bank, we should expect more to start integrating to Powertel’s aggregator platform. These they said, may include TelOne, POSB, Agribank, Petrotrade and Zimpost. So yes, all government for now.

The aggregation platform being an internal ZESA system is not a problem in my opinion. Especially considering that PowerTel already spent a fortune on a modern billing system, and that the work needed to get the platform ready was being provided by a software company. The problem is in not taking advantage of the distribution networks that already exist through partners like Econet and Telecel.

25 thoughts on “Why, really, is ZESA not selling prepaid electricity tokens on EcoCash and Telecash?”