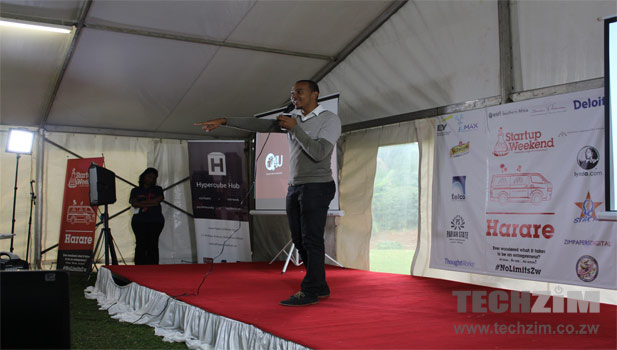 As we conclude our series on the DNA of hubs we are focusing on Bulawayo’s Ski Hub, established and centred in the city’s local tech institution National University of Science and Technology (NUST). As the only hub outside Harare Ski Hub has managed to highlight the growth potential and the role tech is playing in the whole country.

The Ski Hub initiative was formed by NUST student Martin Ndlovu, who was inspired by the impact the Bongo Hive Hub had on the Zambian tech ecosystem. Using his own resources he started the hub from his house and has been spurred by the positive response from techies from NUST and the rest of Bulawayo.

A huge part of the hub’s existence is credited to the Vice Chancellor of NUST who offered the hub institutional support in the form of infrastructure to operate from as well as some additional resources such as internet access. Other support that Ski hub has benefitted from has been extended by the greater community Bulawayo.

As the only hub with direct links to a college Ski Hub has the advantage of working in an environment where innovation and skills exchange is a primary focus. Though the benefits are yet to be realised we can’t overlook the fact that the hub’s founder is a student there as well.

The mission of Ski hub largely ties in with the other local hubs – the creation of a knowledge and skills centre that provides a meeting point for mentorship, shred skills, energy and hopefully funding for bright ideas. All of this will depend on how Ski hub reinforces its foundation in the short term, with efforts to secure support having been expanded to all interested parties in tech or out of it, and beyond Bulawayo as well.

Ski Hub has forged relationships with the other hubs, particularly Hypercube Hub, which will undoubtedly help create a stronger ecosystem for Harare and Bulawayo techies. Such an approach, together with the very visible backing of a skills institution such as NUST should give Ski Hub a brighter future.

We managed to record a short podcast with Martin Ndlovu who was in Harare for the recently ended Startup Weekend. In this podcast he shares part of the story behind Ski Hub and also shares his experiences at the Startup Weekend where he participated in one of the qualifying 11 teams.