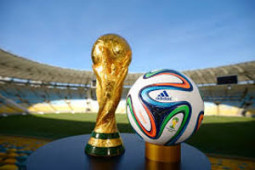 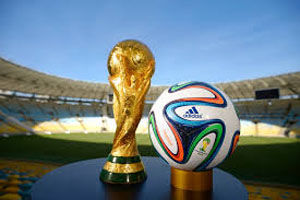 The greatest football show on earth, THE FIFA World Cup, is a little over a month away and Zimbabwe, just like every other country is joining up in the build up to the excitement that comes once every four years.

Tech is set to make a big difference on how we are going to experience the event this time. Changes in viewing options, social and professional sports commentary, information delivery and updates on what is happening during the entire tournament are making this the first World Cup to be affected by tech on such a large scale.

The traditional delivery of sporting events that used to consist of news reports and broadcasts, some live and most delayed, was what we’d grown used to. This was thanks to efforts from ZBC and the different satellite services from FTA decoders and of course the reliable Super Sport.

For the basic viewing of matches, the ZBC will, as usual, flight matches and in terms of coverage this usually stands as the most extensive delivery of matches to the whole population. With FTA decoders out of the picture more people will have to contend with this option.

This service however has never been able to fully satisfy any serious soccer fan since live matches are not always the order of the day. Besides that there’s the issue of picture quality that Supersport got right a long time ago with HD coverage. They have even added a new HD channel, SSHD7, which will expand HD viewing options for anyone keen on a better viewing experience.

Other fans will have to catch games at the local sports bar or tavern, a practice that usually works for those not willing or unable to pay the $50 for a MultiChoice subscription. This popular option is a great revenue booster for pubs that make patrons “pay” to watch games. Just like in the last World Cup we are definitely going to see these establishments turn into local “fan parks” complete with the use of projectors.

For others, the option of live streaming matches is also a possibility, though this will depend on having a fast, reliable internet connection. It’s also possible to catch spectacular plays via YouTube and though this does not come anywhere near the pleasure of a live match, its easier and cheaper especially for mobile broadband subscribers.

Sports and news blogs are also changing the delivery of information on match reports, event coverage as well as player and team statistics. African internet usage significantly focuses on sports, particularly soccer, and locally this peaks when events like the World Cup or AFCON are in focus.

News content delivery is a big deal for the Zimbabwean internet surfer, and as statistics show, we live in a country where people are keeping abreast with what is going on around them. As a result we are likely to see sports focused blogs including local ones like Soccer24 playing a huge part throughout the World Cup.

With services such as SMS based soccer updates for European teams already available, there is a possibility that the same service will be available during the World Cup. This would be great option for the huge fraction of mobile users without broadband services.

The biggest change however will be in the social media space. Social media is one aspect of tech that has reached the greatest part of people with any form of internet access in Zimbabwe. Facebook and Twitter are definitely going to take centre stage as people share experiences, updates and comments on performances.

Both services were available locally during the last World Cup, but this time they are more mainstream with more engagement judging from reports that show extensive Facebook and Twitter engagement from Zimbabweans.

All of this shows how this World Cup will be arguably the most tech -influenced football event in the history of the sport.

One thought on “How will tech change the World Cup experience this time?”