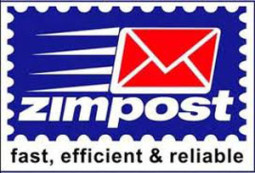 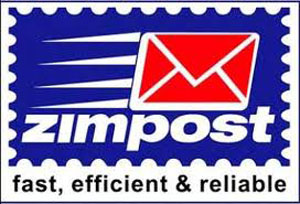 According to News in the Herald local postal services firm, Zimpost, recorded a 15% slump in revenue for the five months to May 2014 which has been attributed to the tough economic environment.

The same article carries comments from Zimpost MD, Douglas Zimbango, on how their service line has been made obsolete by technology.

Unless you’ve been living under a rock this issue is hardly surprising. By any standard and measure postal services, in any part of the world, have been ravaged by technology probably more than any other service. Their survival has usually been guaranteed by a State mandate to provide basic communication services to all citizens. Unfortunately for their bottom line, technology has presented options to more citizens for a lesser inconvenience.

Components of the digital era such as email, mobile communication and the proliferation of such devices and recent broadband based communication services like WhatsApp have all slowly chipped away at the relevance of the post office. Technology has made easier, cheaper and faster to communicate which has meant that the post office as the centre of communication for modern civilisation has had to adapt its service offering.

Technology, in as much as it has been the huge disruptor for Zimpost, is actually turning out to be their biggest chance of coming out of this alive. In October last year Zimpost introduced Zipcash as the post office’s own mobile money service. The service has already started expanding its reach by offering money remittances with an option to send money outside Zimbabwe.

The contribution Zipcash made to Zimpost’s coffers in the past five months could not be verified but the growing relevance of mobile money services, particularly in a largely informal and unbanked economy like ours, will undoubtedly offer a strong revenue stream for Zimpost. This of course, will depend on how the service is promoted and offered throughout Zimbabwe.

According to Zimbango, Zimpost is transitioning into being an agency based entity. This means they are entering into partnerships with various service providers who might need to exploit Zimpost’s nationwide network. With Zimpost’s 222 post offices and a presence in every part of the country this offers a chance for any potential partner to reach a large part of the population.

Zimpost’s current partners include a handful of banks, insurance companies, the three mobile network operators, NSSA, DStv, ZBC and ZINARA. One of the most convenient services that Zimpost should be offering is a payment centre for ZESA electricity bills and prepaid tokens. This service has been restricted to state affiliated entities and if the post offices sign on it would be a great convenience for users and create a revenue stream for Zimpost.

Partnerships with e-commerce providers should also be expanded on as was the case with the tech startup Zimbogini. Through its well established parcel distribution network Zimpost can offer more e-commerce startups an avenue to distribute goods sold online in a manner that can help promote e-commerce and  the growth of the tech ecosystem.

The bottom line is Zimpost needs to accept that tech is the double edged sword that needs to be used by any service or industry that has been turned upside down by it in the first place.

3 thoughts on “Zimpost needs to embrace tech to stay relevant”