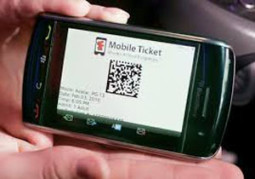 An article carried in the Newsday has detailed how the local football’s Castle Lager Premier Soccer League is set to try out an e-ticketing system for league matches played starting with Harare and Zvishavane this weekend.

Two companies that were identified from a tender flighted for the system will be engaged in the trial run and PSL will work with two companies for each consecutive trial run until the final selection. The e-ticketing will be done outside the stadium. This part however doesn’t seem to make sense considering that an e-ticket is supposed to get me the ticket before I get to the event.

With a total of twenty companies submitting tenders this is an idea that seems to have toyed with by a number of local providers. The challenge seems to be with relevant service providers identifying the opportunity, something that PSL has had the good sense to do. In March this year an idea for e-ticketing system was pitched by Pascal Nyasha at the Emerging Ideas Pitch Night.

An e-ticketing system enables online booking, ordering and buying of tickets which can be printed at home or like in the case of similar services like Computicket the tickets can be obtained from a participating outlet. The system uses a barcode on each ticket for authentication. The ticket can be also be accessed via mobile devices through QR technology

We spoke to the CEO of PSL Zimbabwe, Kennedy Ndebele, who explained how the PSL has been working on the introduction of the digital solution since the beginning of the year. Ndebele said that all the teams in the league are in support of the e-ticketing option which would reduce corrupt tendencies surrounding gate takings as well as the queuing and commotion at the gates.

While the trial run will have a simple cash payment model Ndebele could not confirm whether or not the system they want to introduce will integrate a mobile money payment option. These specifics will be ironed out with the company that wins the tender. For a country that relies heavily on mobile money payments as the main gateway to e-commerce this consideration should of course be one of the main priorities.

According to Ndebele this system will only be for PSL games which means that National team fixtures hosted by ZIFA will still be restricted to the manual option. Hopefully the use of e-ticketing will be taken up by the local football governing body and other service providers. It simplifies ticket reservation for everything from plane tickets, movies, theatre, tourist destinations like game reserves concerts and festivals (think HIFA).

The biggest take away from an electronic system is definitely the way it narrows the room for corrupt practice, something which should make ZIMRA lobby for a wider introduction of such a service. But if you are just tired of jostling in a queue at the stadium this is a welcome development.