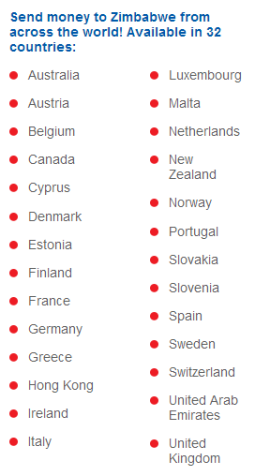 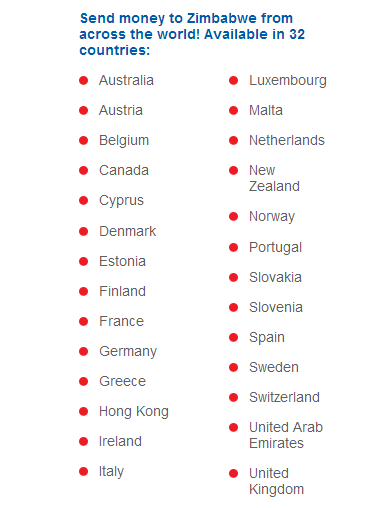 As you may know, two days ago Econet and WorldRemit announced the launch of a service that allows people outside Zimbabwe to remit money into Zimbabwe directly into EcoCash mobile money wallets. When we wrote the article initially we said, incorrectly it turns out, that people can use the WorldRemit service to send money from South Africa.

South Africa and the US are on the list of 35 countries on the WorldRemit website. A number of people commented and tweeted that the service actually wasn’t available for SA.

We asked WorldRemit Director, Rob Ayers, and he confirmed that South Africa isn’t actually enabled for outbound transfers yet:

The Central Bank of S. Africa keeps tight controls on funds leaving the country and makes it difficult to obtain a license. We are working on an approval, but it is difficult to give a timeframe at this point.

And you can view the EcoCash Diaspora Press release here.

5 thoughts on “EcoCash Diaspora: Here are the countries you can remit money from”