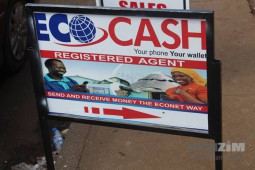 The issue of the EcoCash API has been elusive. First, it was a rumour last year. EcoCash itself denied it officially, but those inside told us the company was indeed working on something, or at least had got some people to work on something to enable merchants to process payments online.

Then came what appeared to be Econet’s own EcoCash payment gateway, which, soon after our report, was taken down. Without any official info, all we could do was speculate. The speculation has ended, though. The EcoCash API is live.

If you read last week’s article on the Paynow payment gateway, you probably suspected so already. if you have also been paying attention to the menu options on your EcoCash USSD, you’d also have noticed something new.

Under the “Make Payment” there’s a new “Approve Payment” option. This is how a typical payment goes. You supply your EcoCash mobile number online to Paynow. Paynow connects to EcoCash via the API, and sends the message that you just requested to pay a certain amount. EcoCash sends you an SMS, and…. 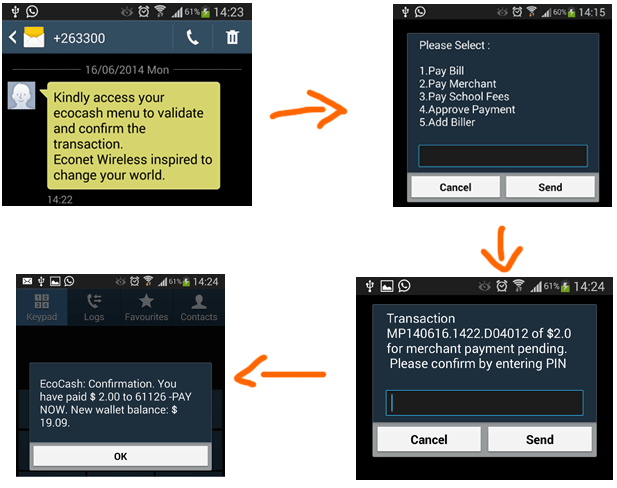 Until now, anyone developing an app, web or mobile, that used EcoCash, would have to implement a workaround where the actual payment would be done manually. That’s how we’ve been using EcoCash on our Store and other payment needs here at Techzim.

But that has changed and two third party apps are there to show it: First Paynow as just demonstrated, but also WorldRemit who can now push money into an EcoCash EcoCash Wallet from outside EcoCash walls.

Information we have is that Econet has been testing the API with some selected developers for a couple of months at least. We even had an API document shared with us early this year. It’s not clear yet if Econet will make the API publicly available, or its going to be the same Value Added Service shortcode restrictions that the local ecosystem has had to endure even to this day.

We also have no idea how many other development companies have access to this API so far, and the fact that Econet is not yet speaking about it probably means very few.

3 thoughts on “The official EcoCash API is live, but only for some developers”