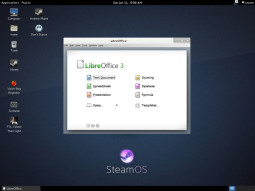 One of the reasons that is often cited for not using Linux, besides command line phobia, is that it is not a good gaming platform. I can attest that this is somewhat true; graphic drivers for Linux often come out well after their Windows counterparts and gaming is all about graphics unless Tetrix is all you want to play.

I recently tried to test Linux Mint Qiana on a machine with an Nvidia Optimus. None of the Desktop flavours could start without some command line tinkering. Then there is the OpenGL issue, you would think that OpenGL would work better on Linux since it is FOSS and has an open API, but you would be wrong. If you don’t believe me try running XBMC on Windows and Linux to see the difference.

The folks at Steam have for the most part changed the Linux gaming landscape. More games have been released on the Linux platform in past 2 years,ever since they announced their client for Linux, than in all the other past years of Linux’s existence combined. To make people’s lives easier they decided to release a pre-configured Linux Distro of their own. It comes with the appropriate proprietary drivers installed. Most graphic cards should work out of the box.

You can be forgiven for not knowing what Steam is. After all we all know how you get your games (from Pirate Bay of course). Despite all the self-righteous protests about “piracy” that Zimbabweans like to make publicly the shameful among you even know what BCGN means.

Steam is a one stop shop for all your popular gaming titles. It’s like the “Mupedzanhamo of games”. They conduct frequent promotions and deals. Today, for example, is the last day of the Steam Summer Sale ( it’s summer in the Northern Hemisphere) which will end at 7 am tomorrow. They also sometimes sell games in bundles in much the same way that vendors sell their goods in the “dollar for …” fashion.

Gaming is a resource intensive activity. Steam OS requires at least 4 GB of RAM ( I would recommend 8) which automatically implies a 64 Bit Intel or AMD processor is also required. You will also need at least 250 GB of Hard Drive space ( you would do well to use a 1TB drive which will be full before you know it), an NVIDIA graphics card ( Intel and AMD support is still in the works) and (if you need to be told this) a USB port to use during installation and use with your game pad.

The detailed installation instructions are found here. The default installation procedure is not for the faint hearted though. You can download an ISO image here, use Universal USB installer to create a bootable disk and use it to install onto your Hard Drive. Steam does not play well with others so a dual boot is not going to be easy to create.

SteamOS is not just a gaming platform. It uses Debian Wheezy as its base (why on earth didn’t they just use Ubuntu, Ubiquity would have simply solved so many installation problems). It comes with the Gnome Desktop and you can always install all the usual Debian software using the Advanced Packaging Tool (APT). This makes it the ideal media OS.

SteamOS offers a gateway to gaming paradise on Linux. If you have a decent internet connection and you stay away from online games you should be able to have an unparalleled experience.

8 thoughts on “SteamOS offers a gateway to gaming heaven”