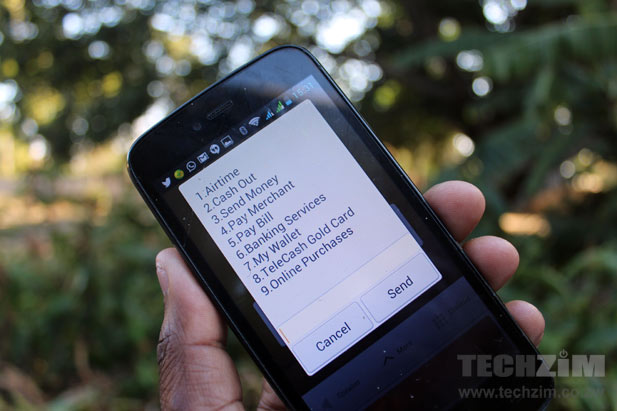 When TeleCash launched back in January this year the company spoke of a Telecash debit card. Spoke way too early actually as the “card” or its concept wasn’t visible except in the press releases. Anyway, the good news is that it’s here, or at least very close to being a reality, and some things about it are quite exciting.

The product is called TeleCash Gold Card. Information sent to us from the company says they have partnered ZimSwitch to have the Gold Card integrated to ZimSwitch’s inter-bank switching platform, essentially enabling Telecash to pay cash as if it were an ordinary bank on the ZimSwitch network.

This means two great aspects about the card: Firstly, you will be able to instantly buy stuff at ZimSwitch enabled Point of Sale (POS) devices and that’s many devices in almost all supermarkets out there. Supermarkets will automatically become TeleCash merchants so to speak. You will also be able to do cash backs at these POS points so essentially it will turn whatever number POS devices out there into Telecash agents.

The second impressive thing here is that Telecash, through access to ZimSwitch enabled ATMs, becomes a 24 hour mobile money service, something its main competition is yet to offer. Subscribers will be able to withdraw money from ATM machines at anytime.

The service, we’re told, is currently on pilot as the regulators haven’t given the final green light. Unfortunately we couldn’t get a date of launch but seems very very soon, so check back regularly!

You will remember that EcoCash, the kings of the mobile money hill locally, also have a Debit Card product designed to make it possible to buy groceries at supermarkets. The difference is that EcoCash implement its own POS device that communicates with the phone via the mobile network, that is there’s no physical card involved. We’re not sure why they had to go for their own exclusive machine but we suspect it had something to do with their fight with banks. Another difference is that EcoCash doesn’t yet work with any ATMs in the country.