The decline of Mxit: App loses 25% users in South Africa 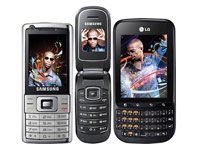 I have never really been a user of Mxit. But I have always known that to be more about my age than Mxit’s actual usefulness. School & college going users of the app have clearly had (or now it appears it’s ‘used to have’ ) good use for it for some time. Still, I used to encounter the Mxit brand here and there. Someone’s young brother that’s using it for example. Or a developer talking about monetisation opportunities on the platform. These days, I don’t hear about Mxit at all. Not in the past year or so. Unless it’s PR stuff like today.

I was not surprised therefore to learn today that Mxit is bleeding users. Fast. In South Africa, its core market, the user loss is at the rate of 25% annually. The app lost 1.6 million active users. And seeing Mxit considers Zimbabwe one of its top markets (pdf), I would be surprised if it’s not losing users at an even faster pace outside SA.

Mxit’s main problem is in the form of two apps. Well, 3 if we count WeChat which is fighting with everything for a share of the space. But it’s mainly WhatsApp and Facebook. In that order. WhatsApp is not only great on smartphones, it’s also great on some feature phones. Mxit’s “Works on over 8,000 mobile devices” mantra doesn’t sound as strong today as it did 5 years ago when mobile was fragmented. Today, sub-$50 Android devices are common. Android is so ubiquitous we now have Nokia Android devices.

Yes, Mxit works on smartphones too but really, it’s far from the streamlined experienced that WhatsApp, Facebook and WeChat are. Mxit seems stuck in a past when feature phones had a long future to come. Reality on the ground is that feature phones are going out faster than experts predicted. And Mxit is receding along with them.