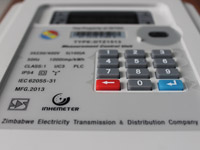 The mobile payments revolution of the past three years has brought unparalleled convenience to Zimbabwe. Just as it has in many African countries. It has meant significantly less hassle in moving money (and therefore value) between people and between people and business. Everything from paying your water bill, pay TV subscription, insurance and even school fees.

ZESA, however, chooses to refuse its customers this convenience. In press ads this week, the national power company announced that it had added 2 more companies to retail electronic electricity coupons. The companies; TelOne, the country’s sole fixed line operator, Agribank, a government owned bank established to help Zimbabwe’s farmers access friendly financing. Both have no mobile phone product so it really means going to their branches. But even if they did, their numbers are dwarfed by the millions the mobile operators have managed to achieve with mobile money.

Granted, NetOne (a government owned mobile operator) also sells the electricity coupons, but NetOne’s numbers too are too small when compared to the elephant in the room. EcoCash. ZESA has to stop this blatant madness. The blocking of private companies like Econet, Telecel, CABS and others from accessing the service means they are deliberately choosing to make the service inconvenient to use.

Being a monopoly, it’s understandable how they don’t feel threatened by this stance. But if they don’t care about their own customers at least they should care that making it harder to pay directly hits not just their bottom line, but the country’s as well.