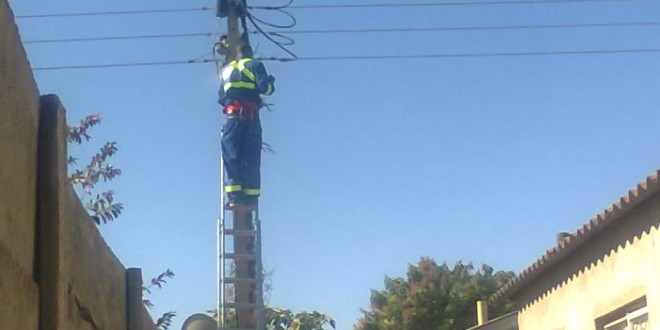 There is a joke currently doing rounds in the social media about how leaders can make their nations happy. While for most nations this is a very difficult and often complicated feat that involves well timed multi-faceted plans: for Zimbabwe it is very simple.

All one needs to do, the joke goes, is to switch off power in a certain neighbourhood for many hours or a couple of days, when power is switched back on the entire neighbourhood usually greets the development with cheers of joy. That is all you need to do in order to keep Zimbabweans happy, the joke concludes.

The truth is that ZESA’s inability to meet the country’s energy needs is at the heart of many a start up’s failure. In my area alone I know of at least 10 businesses that have gone out of business because of incessant power cuts and the ridiculous number of faults that the area has experienced.

6 of these were butcheries who could not afford to keep full-time running generators and compete on the price front with their competitors. 3 of these were ICT related start up enterprises: a copy shop, a typing business and a phone and computer repair shop.

At the beginning of this month my area was subjected to vicious power cuts: the official schedule promised up 16 hours a day which thankfully never happened. Why are other suburbs subjected to such extreme schedules whilst others go on relatively unscathed I wonder?

Ever since the softening of the stance, which happened about two weeks ago, my area has seen a record number of 22 faults and of these two weeks we have only had 4 days with power!

Why on earth will the government not allow private players in the industry.

All these faults, power cuts, winter demand excuses and “demand is over 2000 MW whilst capacity is less than 1 400” lectures surely point to one thing: ZESA could do with help from the private industry.

Stories like this were familiar in other sectors of the economy. We had the GMB which frequently failed to meet the public’s grain demands, the PTC which could not meet our telecommunications demand ( imagine if we had to rely solely on Netone for our mobile communications, I am sure the mobile penetration would be nowhere near where it currently is) and does anyone remember when we had to rely on NOCZIM to meet all our fuel requirements? Well those fuel requirements were never met, at least for those of us low on the totem pole.

All the problems have one thing in common, they virtually disappeared when the concerned industries opened up to private players.

You can now buy as much maize and mealie-meal as you want without relying on your political muscle, you can now buy an unlimited number of lines without paying a fortune and you do not have to worry about the Telone International gateway being closed in your face again because there are a lot of other options. People now talk of fuel when they are complaining about the price not lamenting its unavailability.

Allowing private players will at the very least bring relief and new ideas to the industry. Surely there is more to power management than simply flipping the switch on those low on the social ladder.

I am well aware of the various solar projects that have been announced in recent months but if I have learned anything during my stay in the capital it is that every lie nowadays ends with the words “ZIM ASSET” tucked in somewhere in the announcement.

It does not bode well that some of the projects are already mired in controversy well before the ground opening ceremony has even been conducted. Besides officials love to use ear marked funds to buy luxury cars before the projects even commence: wasting some of the money. Operation Sunrise among others and of late, the Water Cleaning project bear testimony to this.

They should at least allow home solar generation kits.

If the government has concerns about some private player taking away a strategic industry and are afraid of a monopoly in the industry- which would be ironic considering ZESA is a monopoly (an incompetent one)- they can at least allow everyone to take part in the power generation exercise through the integration of Home Solar Power generation kits.

It is mind boggling given our electricity deficit that this option is currently not officially supported. In addition to allowing people to feed power into the National Grid via these ,ZESA should offer people incentives for it to be worthwhile to purchase these.

In countries like the US the National Power Utilities not only allow people to generate power and feed it into the grid, they also help in the installation. Equipment is kept on the customer’s premises that calculates the amount of power that a customer has consumed vs the power they have fed into the grid.

The power company maintains customer accounts where people either pay or receive payment depending on their power balance. Also those who own these kits are normally exempted from load shedding. By following this lead the number and severity of load shedding can be at the very least reduced.

All these solutions however require both ZESA and the government’s cooperation. They need to accept that they are failing to keep up with demand and actively seek help from the public and private industry instead of just resorting to power cuts.

If our industries, including the ICT industry, is to compete effectively in the region and on a global scale they need affordable and reliable power which is currently lacking.

I  cannot begin to dream of the nightmares in running a data centre in Zimbabwe at the moment for example, all the concerned parties have to do is ask for a help and a good part of their problems would most likely disappear. They can always keep possession of their precious grid.

With all things having been said, ZESA why aren’t you asking for help?