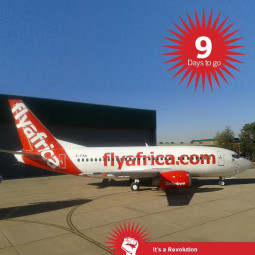 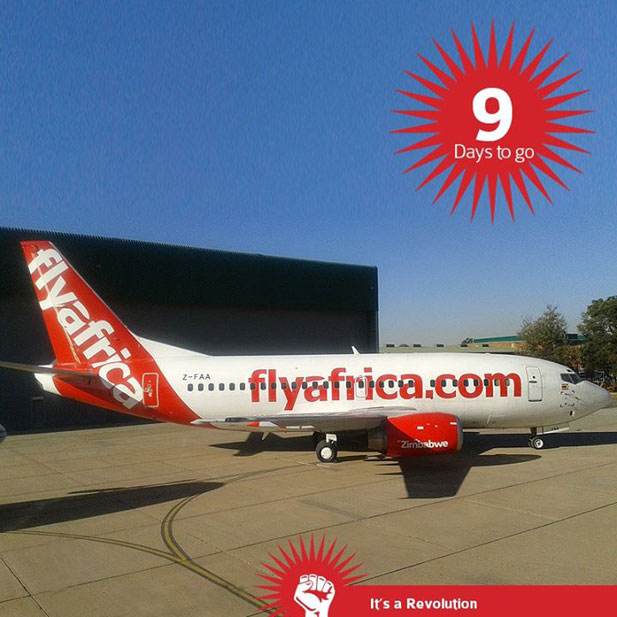 How’s this for a bargain, R99 to Johannesburg from Victoria Falls, 6 times a day on an aircraft. I’ll elaborate, Flyafrica.com  is promising a nine-dollar flight to South Africa from Zimbabwe on a Boeing 737 jet aircraft! That is if their  CEO Adriana Hamilton-Manns is to be believed. During  a recent  interview on CNBC Africa’s Business Tonight show, Hamilton-Manns stated that a flight from Johannesburg to Zimbabwe will cost as little as R99 on his airline. This of course doesn’t make sense.

According to a certain kind of of logic there is surely no way a 108-seater 737-500 aircraft which burns 2 tons of fuel per hour can remain viably operable at $9 a seat. Operating an airline is a very costly undertaking that is complicated and fraught with viability challenges and pit-falls that our own government will be all too happy to share with anyone who cares to listen.  It is no surprise then that when a new airline prances onto the scene promising obscenely low ticket prices the experts  and the skeptics will simply  dismiss it all as nonsense and calmly walk away, while Zimbabweans, as  is usually the case, quietly cross their fingers and hope that it’s all true this time.

This is not the first time Zimbabweans have heard this tale before from an airline.  In 2011 Zimbabwe’s self-proclaimed low cost airline FlyKumba scraped operations barely 12 months after launching. The reason? “Operational challenges”. At the time of its closure FlyKumba charged a quarter of what it cost to fly on the same route on a South African Airways flight.  While FlyKumba tried and failed, a few others – 30 to be exact – have registered for local operation license and have not  shown up at the tarmac on flight day. Yet here is Mr Hamilton-Manns and his FlyAfrica.com, which two weeks unveiled the first of it’s five new Zimbabwean branded  Boeing 737-500 jets, brand new paint job and all.  is he a fool?  You will be very mistaken to think that. Mr Hamilton Manns – a former South African Airways executive vice president – is bringing with him all his vast experience in the aviation industry both in Africa and overseas. If anyone can make this aviation miracle work it could very well be him. When he talks about his vision he appears to know what he means, that is if his jargon-riddled explanations and anecdotes hold up against reality. Another Elon Musk maybe? You decide.

During Mr Hamilton Manns’ interview a puzzled and visibly perplexed aviation expert who was part of the panel couldn’t help but ask the question everyone may have been dying to ask.  How does Flyafrica.com expect to safely fly people at such a low cost while adequately maintaining their aircraft, paying their taxes and making a profit?  He also adds “I don’t want to know your entire business model, but I would like to know (that).”  But  as Mr Hamilton-Manns puts it in his response,  the answer is simple, it’s  not the fuel, the charges or the taxes – which are all relatively lower in Africa than other parts of the world –  that matter, It is all about how you handle your ‘other costs’.  According to his theory , while African airlines all enjoy relatively similar or lower landing and maintenance costs than airlines elsewhere, they tend to price their services at about 500%-600% higher than their non-African counterparts. Apparently they do this to cross subsidies inefficient cost structures and less profitable international long-haul routes.

Flyafrica.com boasts of a much lower cost base – for example –  it will only take the  company 30 minutes to turn around an aircraft. To achieve this and drive down costs even further they use the flight attendants to clean the cabin after a flight – leaving no need for  costly time wasting cleaning crews – who knows? Maybe the pilots join-in to speed up the process. For this reason and many others, FlyAfrica.com states that they will fly up to 8 times a day. They have to fly that often if this exceptionally unbelievable aviation promise is to become a reality because with low-cost services of any kind it all comes down to the volumes. The trailblazing  CEO makes it clear in his interview “we do need to get market acceptance and trust” – he admits.  The airline does have some innovation tucked up its sleeve, this should be expected from a company that calls their way of doing business “a revolution”, an example of that innovation is the no check-in claim  on their website. Forget about checking-in when you get to the airport, Flyafrica.com  will email your boarding pass with your seat number after you purchase a ticket online.  You can  call it convenience all you like, they call it cost cutting.  Now if all that makes sense to you then there is nothing to worry about. But for the skeptics, there is nothing to look forward to.

Upon further investigations it turns out that Mr. Hamilton Manns may have  meant to place the cost of a flight from Victoria Falls to Johannesburg at a more believable USD 99 as opposed to the unbelievable R99 he mentions in his interview. On their own website, flights between the two destinations are priced between $59-$115 depending on the flight date. However, a banner on the same page above the US dollar prices remains adamant about the R99 per flight price tag. It’s hard to know what to believe at this stage, the audacious CEO or his own company’s self-contradicting website. 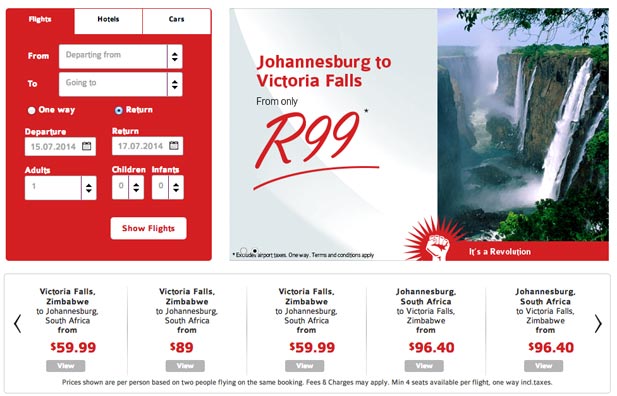 27 thoughts on “$9 per flight – Zimbabwe’s FlyAfrica.com leaves experts baffled by its model”