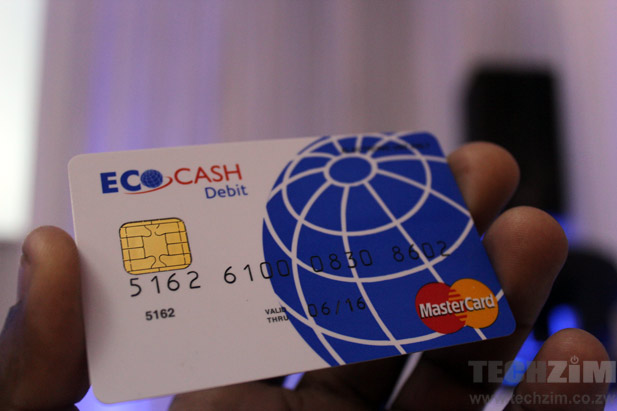 We just attended the launch of Econet’s new EcoCash linked MasterCard card in Harare. A lot about the card is like what we wrote about yesterday. But there are a few things to add.

Cost & getting the card

The huge convenience here is that now the EcoCash wallet is also a MasterCard wallet. That is huge in so many ways whether you just want to pay for stuff at a shop in your neighbourhood, want to buy stuff across the borders, or want to buy off the internet.

Between having EcoCash and a MasterCard, you will almost always never need to have cash. Except of course the the remaining fact that some informal guys will still refuse to have you pay them via mobile money because it costs them to withdraw the money when they eventually need to cash it out.

Unfortunately, it’s not clear yet just how many MasterCard enabled Point of Sale Devices are out there. Cuthbert Tembedza, the EcoCash CEO however did allude to the fact that they are going to to contribute to the process of building local acquiring infrastructure.

The good thing for Econet is that this is not their work alone. There are a lot of banks including FBC, CBZ, Stanbic, Standard Chartered etc… that are part of the effort of building the infrastructure. And MasterCard itself.

According to Econet, they are looking at local POS transactions as the big opportunity for the new card. Unfortunately, without ZimSwitch, there’s a limit to how many merchants can accept EcoCash’s new card.

Again though, we say this without any numbers of how many ZimSwitch enabled POS devices are out there compared to MasterCard ones. Our guess is that MasterCard POS devices are dwarfed in comparison, but then the banks haven’t exactly been healthy these past couple of years. And surely, Econet has the deep pockets to change that overnight.

It’s also hard to say right now just how popular the card will be with the man on the street. We spend a lot of time with people that buy stuff off the internet and in other countries, so it’s easy to assume our excitement, and that of any other person on the street will be the same. In short, we’re very excited with this product, but we’re not the market!

You can read the MasterCard press release here.