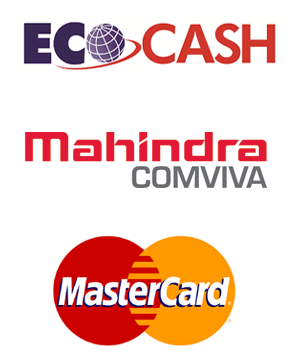 Econet, we have been told by reliable sources, is finally going to launch a Mastercard card that’s linked to the EcoCash wallet. It took a long time but not too late and it’s definitely not little by any margin.

Some background first. About two years ago, a year after Econet had launched the EcoCash mobile money service, a writer on Techzim suggested that there was an opportunity for Econet to introduce a Mastercard card linked to the EcoCash wallet. This, said Chikomo the author, would give jetpacks to Zimbabwe’s e-commerce ecosystem. It had already been done by MTN in South Africa and Nigeria.

Econet did introduce a card about a year later. But it was a virtual one. It’s not clear how well the virtual debit card has done for Econet, but the slow process of going through numerous USSD menus is no fun for anyone, and the smartphone apps don’t work that well yet.

Albeit 2 years later, and probably spurred by the competition, Econet is finally introducing that Mastercard card. We’re not clear yet though if this means the card will work seamlessly wherever Mastercard is accepted or if it’s the case of subscribers needing to load the card from their phones first. We hope the former but there’s no huge difference really.

Even though PayPal has come to the market now, Mastercard on EcoCash is still a huge deal for people that buy online. Especially because it cuts out the bank component which PayPal does not. Going to a physical bank to load up a prepaid mastercard, or just maintaining a Mastercard enabled bank account comes with the traditional processes and limited branch reach that has paved the way for mobile money to disrupt banks. For a mobile subscriber to be able to load up their EcoCash wallet and immediately use that value to buy stuff online changes the possibilities significantly.

Forget internet payments, just knowing that at any border, I can quickly load up my EcoCash wallet so I can use Mastercard to shop anywhere I’m traveling to in the world is massive on its own.

The EcoCash linked Mastercard is supposed to launch by the end of this month. (Update: it’s tomorrow. We just got an invite to an EcoCash event) We’re also told that unfortunately, the card is not launching with integration to the local bank payment switch, ZimSwitch, but that this may come in future. No surprises there. The frost is yet to thaw, it’s clear. Soon, we hope.

17 thoughts on “Exclusive: Econet to introduce an EcoCash linked Mastercard card. Why this is big”