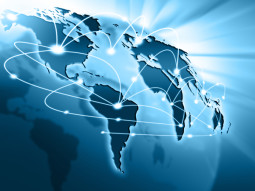 We all remember the Y2K bug. Otherwise known as the Millennium bug or the Year 2000 problem. It arose because most computer storage devices of that time had a proclivity of, for whatever reason, using an shortened date system when storing documents, transactions and other data.

Year dates were stored using only two digits with the result being that the year 2000 (which can be abbreviated to ’00) could not be differentiated from the year 1900 (also abbreviated as ’00). In fact most computers could not count beyond 1999 and would revert back to 1900 at the turn of the millennium.

The result of such a turn in events would have been a veritable mess- a digital apocalypse. Clocks are the hearts of computers as those of you who have incorrectly used NTP know what happens on a server when time is suddenly moved backwards.

On phones browsers like Opera Mini will not be able to access secure sites because of certificate issues. You can also fool WhatsApp after it has expired and continue to use it for a while if you turn the clock backwards. Transactions would be reversed, servers would crash, there would be rioting on the streets, maybe an accidental nuclear war- The end of the world.

As it turns out nothing happened. The bug was found in time and disaster was averted by the timely release of patches. Jingles played on our radios and televisions and a hell lot of cool geek T-shirts were sold to unsuspecting masses.

Ailing machines got a shot of the patch and a shiny Y2K compliant sticker to go with it.Consulting companies made a lot of money in the midst of this hoopla fixing the bug that they had created. The whole thing was blamed on short-sightedness. Nobody really believed these systems would last beyond 2000 even though some of them were made in ’99, I mean 1999? Yeah, right.

Well it would seem shortsightedness has left us in another mess: the so called 512K bug. Now that your computers are Y2K compliant and all, this one does not affect them.

It only affects routers -You know those devices that connect you to Facebook and Google aka the internet. Routers keep a table of routes that are used to forward internet data to and from you.

In another “oversight” it would seem several router models can only store up to 512 000 routes. Several days ago this number was reportedly exceeded resulting in some outages in some nether regions of the internet suffering blackouts as ailing routers started misbehaving. Rumours are that eBay and LastPass are among major services affected by the so-called 512K Day.

The thing is nobody really knows the effects of the 512K bug. The one thing everyone seems to agree on is that it exists.

Some think this bug will bring about the end of the internet as affected routers go haywire and people will wake up one day in a world in which they cannot Google, Skype, Tweet or more alarmingly enjoy their usual YouTube cat videos. Or is it just another much ado about nothing?

I can foretell one effect of this bug though, computer companies like Cisco are going to make bucket loads of money, even though this is their mess.

They even admit on their blog post about the 512K bug that they “knew this day was coming.” I guess they meant to say we knew pay-day was coming? ( One of the Cisco executives is pictured with a beaming smile on his face in the blog post. What can be so pleasing about the bug?)

This is like the computer virus and antivirus symbiotic conspiracy all over again. You know (wink) how those folks who own Computer Security companies secretly create viruses in their labs just so they can save the day, make money and stay relevant by creating antiviruses.

Classic hero complex. I mean come on first Y2K, then IPv6  and now 512K, hardly a decade goes by without these guys sounding the alarm over some impending doom.

I guess we will never know. So what do you think? This 512K bug. Is it Armageddon or is is just a storm in a tea cup? Is your equipment affected? And if so what are you going to do about it?