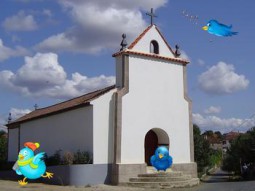 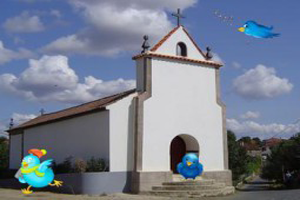 The church and technology have always been projected as strange bedfellows yet in actual fact they go well together like Dembare and Chris “Romario” Musekiwa.

I understand the source of this misconception. For many years, the church was disparaged as an anti-intellectual institution. However, this is a lie as there have been many great christian scholars and scientists since time immemorial. Examples include Galileo, Issac Newton, Johannes Kepler and Leo the Mathematician.

Many of these great scientists discovered the existence of infinite wisdom and sophisticated order in the processes they were investigating that only pointed to the existence of a Creator, God. Galileo is quoted as saying “God is known by nature in his works, and by doctrine in his revealed word.”

What is also less obvious is that the church has been using technology for ages. The papyrus, printing press and piano were used by the church to support its work. Churches should become interested in modern technology as there is nothing demonic or sinful about it.

I personally believe that social media platforms like Facebook, YouTube, Vimeo and Twitter are tools that were inspired by the Divine Mind to enable Christians to reach all the corners of the world with the Gospel of the Lord Jesus Christ. When the Lord told Peter and his fellow fishermen that henceforth they would be fishers of men, he had their nets in mind and not the fishing rod.

Social media tools are an effective net that can be used for evangelical purposes. There is no better or more cost-effective method to reach millions of people than via social networking sites.

The reason for this is a no-brainer. Social networks are free and many people spend a majority of their time on these platform. The prevalence of internet enabled phones has been a catalyst too.

However, church marketers and communicators must exercise caution when they reach out to people. The best practices demand that they should first ask their target audience for permission to receive their messages.

The communicators  must resist the temptation to bombard social networking users with messages in a “spray and pray” approach as this strategy will backfire in the long term. Unsolicited messages create a negative feedback loop that destroys an organisation’s reputation.

To enjoy social media success, church communicators should only execute laser targeted communication campaigns that are focused on a known audience with known psychographics.

On the other hand, I wonder why many churches do not use free video hosting sites like YouTube to broadcast their churches messages. It is important to do this as it expands the reach of a message.

For example, Charles Spurgeon is a great man of God who ministered in the mid 1800’s. However, his sermons are available on YouTube yet on the contrary, a lot of the current pastors in the country do not have a single message available for download. Shocking, right?

The AFM church had powerful men of God like Rev Kupara and Rev Chihari who were mightily used by the Lord. However, their messages and good works are not available for consumption in our generation.

Churches are not enjoying the benefits of a wider audience reach that social media provides. These platforms are built around social sharing technologies which enable a message to spread across online communities like fire in a dry forest.

Churches must also have properly designed websites if they are to influence the world with the Gospel of Jesus Christ. The church has what the world needs yet it is keeping it in its four walls. This is not humility but ignorance. God’s people perish due to the lack of knowledge.

It is unfortunate that powerful and inspirational messages that could transform the lives of millions are unfortunately only heard by a few hundred in a congregation. To compound the problem only a few of the congregants share them on their own social media accounts.

This is despite the fact that a thousand buffaloes in a stampede are more powerful that one huge elephant. Social media depends on numbers for the transmission of a message from one network node to the other. If all members participate then it will be easier to expand the Kingdom of God.

The church and Christians are the light of the world and the Word of God states that no man can light a lamp and put it under a table. In spite of this exhortation, the churches are actually doing this by not investing time and attention in creating powerful presence on social media platforms.

The technology for churches also extends beyond social media and other communication tools. There is an exciting assortment of free and paid software out there that they can use for church administration. This includes accounting packages for easier management of tithes and offerings (e-tithing) as well as database management software.

By utilising technology, churches can make the word of God become accessible whilst increasing their membership at the same time.

Has your church embraced tech? If so please do share the ways in which this has happened and how can this be picked up by others.

6 thoughts on “Here’s why the church needs tech”