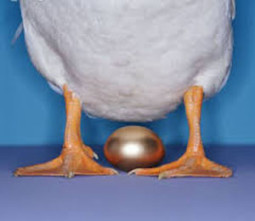 Yesterday we heard of the new taxes on mobile phones and airtime credit introduced by government.

It’s hardly surprising that less than flowery opinions have been shared by Zimbabweans who are now faced by the prospect of a significant price increase on devices and already expensive mobile communication services.

The fact is the waiver on duty for mobile handsets and computers has contributed to the huge uptake in mobile and internet services.

An impressive mobile penetration rate and growing internet access mostly through mobile devices has helped in the huge uptake of add-on services like mobile money. It’s something that every startup always harps on when justifying any ambitious growth figures.

Unfortunately this impressive run is something that is now being used as justification for the introduction of taxes that will likely slow down or impede the sector’s growth.

Its very clear that the country’s leadership figured out that technology has such a consistent earning potential in the face of tough macro-economic conditions that it can and should play a bigger part in the ZIM ASSET equation.

Last year a tax was approved on network operators to fund the elections and the same mobile networks were asked to fork out $137.5 million each for license renewals. The milking didn’t stop there though.

At the beginning of this year a 5 cents charge was attached to every mobile money transfer. Then of course there’s the $1 a day state levy that airtime and street vendors (including the average Joe selling chargers and phone covers at Copa Cabana) have recently been slapped with.

How sustainable is this approach? Should mobile network operators and any other service in that spectrum always bear the grunt of an illiquid economy? Looking at the new taxes on mobile phone imports, what will happen to service providers and employers in this line of trade? Business will get tougher, something that doesn’t provide relief for everyone in the long term.

If technology is proving to be a shining beacon in a depressed economy then why not enable it rather than tax it? Instead of enacting policies that support tech growth and investment every fiscal season has meant a more creative of having tech services line the state coffers.

Isn’t it wiser to expand the opportunity rather than slowly and systematically kill the goose that has been laying the golden egg?

What other options do you think the Government should explore instead of raising taxes on anything tech and mobile communications related?

8 thoughts on “New tech taxes: are we killing the goose?”