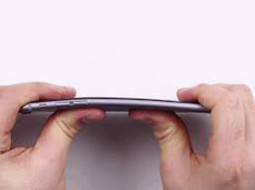 It is now officially an annual tradition for Apple to present a “something-gate” scandal just after releasing their phones.

In the last week internet is awash with pictures of bent iPhone 6 Plus phones. Most of them are photo shopped for memes and humour at Apple’s expense, but there are some that are genuine and show the design weakness that coined the term “Bendgate”!

Of all the things that could have gone wrong I would never have guessed this one. Jobs must be a spinning wild in his grave.

Personally, I loved the hardware most of all how thin it was.  The drop-test video was impressive! Apple has pulled off the long overdue super thin device and this was going to light some fire under the other manufacturers to trim the fat on their devices too.

Then Bendgate came along and it has been hilarious! The memes were sublime! People were tweeting cancelled orders for their iPhone 6 Pluses.

This to me was iPhone, feeling all superior, finally stepping into the ring, fists flying, to go toe to toe on the phablet turf that they let Samsung dominate, barely challenged for years and they got punched in the nose.

All the competitors are going crazy poking fun at the kink (pun intended). However, Apple would not be Apple if they did not find a way to blame someone else for the whole thing. Apparently Samsung and their other detractors are using their global propaganda machines to demonise them and blow things out of proportion.

“Since going on sale Friday, Apple said only nine customers have contacted the company about a bent iPhone 6 Plus—the larger and more expensive of its two new iPhones. Apple said both the iPhone 6 and iPhone 6 Plus passed a series of tests meant to check the products’ strength and durability through everyday use. The company said the new iPhones are made from a custom grade of anodized aluminium, which is tempered for extra strength. Apple said the phones also feature stainless steel and titanium inserts to reinforce high-stress locations”    Wall Street Journal

Anybody reporting a bent phone has been labelled careless and slovenly on worldwide comments sections, they have been shamed into silence.

The fact remains metals are subject to Metal Fatigue which is defined as the progressive and localized structural damage that occurs when a material is subjected to cyclic loadings. A bend in your device might not be you fault.

The metal vs plastic debate has always been a point of superiority when it comes to iPhones vs Samsung. Samsung has constantly been ridiculed for it use of plastic for their devices but a comparative video made by Consumer Report decided to do a test to check exactly how much force the current crop of flagship devices could withstand.

Samsung Galaxy Note 3 can survive the greatest stress of the devices tested. Of course it’s all sensationalised but if I pay a thousand dollars for a device that will bend in my pocket because I sat down, then I think in the absence of a whipping pillory at the very least some thorough mocking is definitely called for.

The hype has died down the devices are still flying off the shelf. The cynic in me is whispering… What if all that extensive testing they do down at Cupertino HQ indeed showed the possibility that a bend could happen?

What if they took the conscious decision to let it all hang loose and let the publicity go wild? Apple had their own competitors tweeting and hashtaging their phones for free!!! You cannot buy that kind of marketing. Any publicity is good publicity! I am convinced The Apple is an evil genius.

Having seen the videos and images do you think that this whole debacle was a little contrived? Please share your thoughts in the comments below.