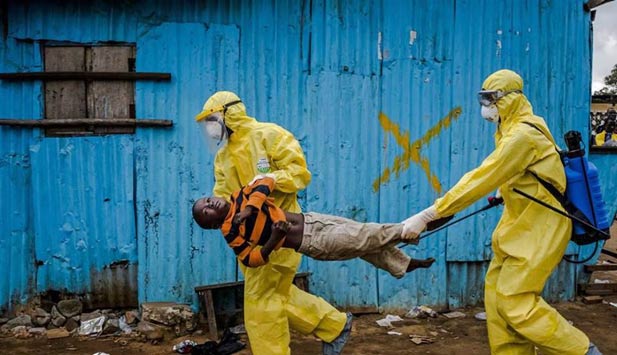 If there’s one thing that everyone will agree with, the thought of Ebola in Zimbabwe isn’t just disturbing, it’s terrifying. It’s hard to forget how we struggled with Cholera in 2008, and easy to imagine the horrors that will accompany any sign of this virus on our doorstep.

Although the state has “beefed up its efforts” (we are still short by $3.5 million in our preparations for any outbreak) its no surprise that most people don’t feel entirely safe by whatever assurances are being made that the situation is under control. So I wasn’t surprised when I came across something more than just an awareness campaign on social media.

Fellow Zimbos, we cannot and should not wait until this vicious virus makes its way into our land. Prevention is better than treatment. Let’s Act NOW!

Those are the words that accompany a call to action on a Facebook page started as a community initiative against Ebola in ZImbabwe. Called “A Dollar for Ebola,” this effort launched by one Sharon Bwanya is meant to be a crowd-funding campaign to raise funds that will be directed towards the procurement of protective gear for health workers, as well as screening and testing equipment.

According to details from the page the initiative has partnered with Telecel’s telecash to provide a payment platform for the $1 pledges with short codes to be made available for the whole process soon. For purposes of transparency the funds will be audited by Grant Thornton Chartered Accountants.

Although this campaign is still in its infancy, it does show an impressive display of social media activism, with a cause that most Zimbabweans will identify with, unlike the Ice Bucket Challenge.

A lot of the feedback on the A Dollar for Ebola page shows support even from Zimbabweans in the diaspora, which will hopefully result in the involvement of the Zimbo social media community in something more than just video parodies.

Just recently there was a lot of concern raised by a suspected case of Ebola in Zimbabwe that was isolated at one of the hospitals.The innumerable warnings that were shared on social media and WhatsApp showed how everyone is largely concerned about the virus and how social media is a quick way to spread information and take action.

While this initiative might not be about awareness like Econet’s involvement so far, or the WhatsApp centred information drive that the BBC launched in West Africa, It does seem like smart way to capitalise on the popularity of Facebook in Zimbabwe for a noble cause.