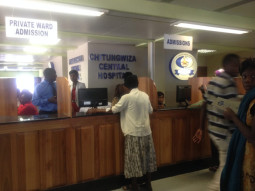 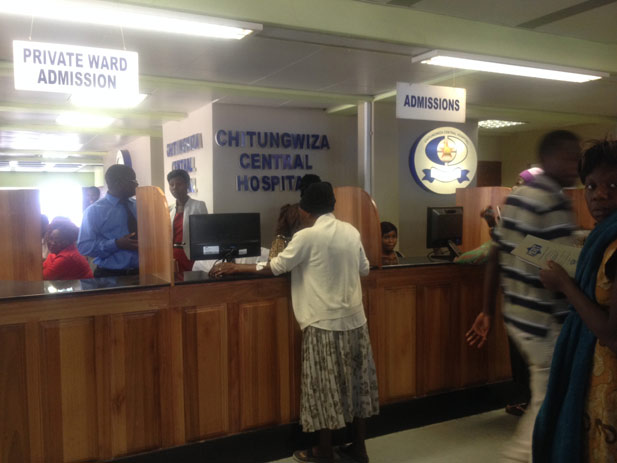 In an earlier article, we mentioned that the government was making strides towards establishing an electronic health record system. This was based on the experience we had of Mpilo Central hospital having set up an electronic system that was being used mainly for accounting purposes. It turns out the Ministry was working on something bigger.

The prevailing hardcopy system of health records is outdated and a nightmare. At the central hospital level, shortage of storage cabinets and folders has seriously hampered the ability to retrieve records and gather information for research. A trip to the records department to retrieve a patient’s old clinical notes can prove to be a Finding Nemo mission of swimming through an ocean of paper.

As an effort to catch up with rest of world as far as installing electronic health system, the Ministry of Health and Child Care has for the past year been working on a pilot project called e-Health at Chitungwiza Central Hospital.

After achieving ISO certification in 2008 Chitungwiza Hospital has realised many local and international opportunities. One of those opportunities was being selected as the pilot site for the Ministry of health’s e-Health project.

We managed to acquire some details of this e-Health system which is already up and running and set for official launch in the next coming days.

At Chitungwiza hospital more than a hundred desktop computers were installed in every department and ward that act as access points to the system. Thanks to a partnership with TelOne as the internet service provider, a fibre optic link enables a fast connection to the central servers that are housed at ministry headquarters.

The system uses the SAP health software application. For the staff members to obtain Login access into the system, they have to be approved by ministry headquarters, as a security measure.

The system is being used to capture patient demographics, handle patient accounts and even clinical information such as blood pressure temperature and doctors’ notes! This enables the system to be a vital tool in disease surveillance.

Since it is still in its inception, they had to compromise to incorporate a dual system, of both hardcopy and electronic records. In the event of power outages and network interruptions the data is initially collected on paper to be entered later.

The dual system also extends to the wards were clinical information is written on paper to then be entered by the nurses after the doctor’s round. Future plans are to install Wi-Fi in the wards and source tablet devices for their staff to have mobile access the system! Another is to digitalize investigations such as X-rays, ultrasound scans and CT scans.

The e-Health pilot has certainly put Chitungwiza Hospital on the frontier of electronic health systems for the public health sector. The next probable sites of extension of the eHealth system will probably be Parirenyatwa or Mpilo central hospitals.

So what will this mean for the local tech community?

This is a landmark development that the Ministry of health will be unveiling in the next coming days.

With the TechMedicine revolution headed to Zimbabwe, what sort of opportunities are you seeing as a techie and most importantly as a startup?

Dr Marlon-Ralph Nyakabau (MBChB) is young medical doctor who has conducted lectures before various esteemed professional bodies of doctors on the aspect of mobile medicine. He is an entrepreneur recently recognised as a 2014 Mandela Washington Fellow. He can be contacted on marlonralph2@yahoo.com

Dr Kudzayi Kutywayo (MBCHB) is a young medical doctor with an interest in the pursuit of medical excellence and bringing convenience to everyday practice of medicine through technology. His address is kudzayikutywayo@yahoo.com

12 thoughts on “Zim hospitals introduce a new e-Health system: How does it work?”